The tale of Zim’s ‘political families’ 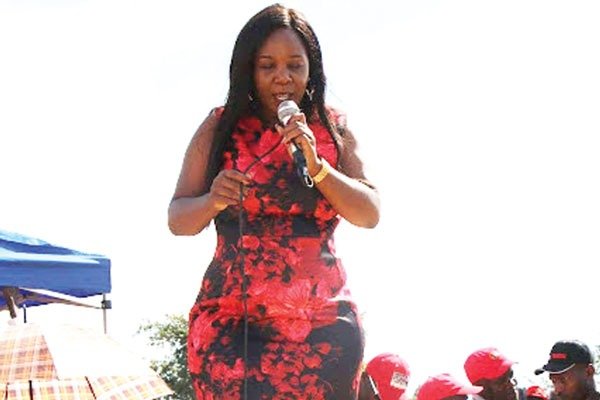 Matewu (36) defeated Zanu PF’s Cleopas Kundiona with a wide margin despite that this was his first dice on the political fray that had seen a number of heavyweights failing to succeed in as many attempts.

Wild celebrations were the order of the day as the youthful politician was congratulated by both locals and those from abroad.

However, it was not the same story about 260km south of Marondera.

Matewu’s father, Jaison, was also an MDC Alliance candidate for Buhera West, but he lost to Zanu PF’s Saul Nzuma, albeit with a small margin.

This is the tale of the Matewus, one of the many families in Zimbabwe heavily involved in politics.

“It (politics) runs in the blood. We just have the same focus. We are both interested in national affairs and how people live, hence we are all strong in politics,” Caston said.

Asked how his 62-year-old father lost, Caston said it was the intimidation in the rural areas while he attributed his own victory to hardwork.

“I think a lot of activities happened in the rural areas like intimidation. Zanu PF had also poured more resources there, whereas here I took a different approach and had door-to-door campaigns. I managed to visit every household in Marondera Central during my campaign trail,” Caston added.

In an interview with NewsDay prior to the July 30 elections, Tsvangirai-Java said politics has always been in her bloodstream as she hails from “a political family” and the reality that she would end up one was always inescapable.

“It has always been there. And being a child to Morgan and Susan Tsvangirai, you would not have escaped it,” she said.

Zimbabwe has also witnessed outspoken Temba Mliswa and his sister, Mary Chikoka-Mliswa, who both won in Mashonaland West province. Temba, who contested as an independent candidate for Norton constituency, heavily defeated Christopher Mutsvangwa of Zanu PF.

It was the same story in Hurungwe West, where his sibling emerged victorious with a comfortable margin. This will, therefore, mean the next Parliament will accommodate the Mliswas.

“The difference between my family is that others lose, but we are not losers, we win,” Temba said.

Prior to the elections, Mary told NewsDay that although she was a sibling to Themba, she was not riding on her brother’s popularity.

“How can I ride on the popularity of Temba when I’m Mary Mliswa? Themba is in Norton; I’m in Hurungwe West – two totally different constituencies. I have worked hard in Hurungwe; the people know me and they know what I’m capable of doing. I love the people, I work with them,” she said.

Temba, who defeated Zanu PF twice in Norton, said the secret behind the family’s success was their upbringing.

“This is about our upbringing. Credit goes to my late father who was (a) Zipra (cadre) and my mother who was (in) Zanla. When we grew up, we entertained different people from Zanu and so forth. So we learnt from people like Robson Manyika, who were housed by our parents in Zambia. That taught us democracy; this is the reason my sister is Zanu PF and I am an independent,” he said.

“My politics is simple. I cannot promise what I cannot fulfil. I cannot give what I do not have. What I have is simply the truth.”

In 2023, Jaison Matewu will be 67 and it might be his time to win the poverty-stricken Buhera West seat. For now, it is his son Caston who makes a list of legislators who emerged victorious a few weeks ago.

The former political strongman’s wife, former First Lady Grace, also had a brief stint in politics as the Zanu PF women’s league chairperson before her burgeoning political career was cut short by a military intervention that ousted her husband from power in November last year.