Washington (CNN)Secretary of State Rex Tillerson expressed concern Friday over the apparent military coup in Zimbabwe, urging “a quick return to civilian rule in that country in accordance with their constitution.”

Speaking at a ministerial meeting on trade, security and governance in Africa at the State Department, Tillerson told his counterparts from the region, “Zimbabwe has an opportunity to set itself on a new path, one that must include democratic elections and respect for human rights.”
“Ultimately,” he emphasized, “the people of Zimbabwe must choose their government.”
Early Wednesday, Zimbabwe’s military leaders seized control of the country, placing the 93-year-old president, Robert Mugabe, under house arrest. 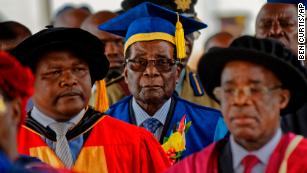 Zimbabwe’s Mugabe emerges from house arrest in political uncertainty
The State Department has been closely monitoring the situation, as officials in the southern African nation attempt to negotiate a power transition, which Mugabe is so far resisting, according to a government source.
Tillerson, who returned Thursday evening from a marathon trip through Asia, also used his opening remarks at Friday’s ministerial meeting to push for greater cooperation on countering the nuclear threat posed by North Korea.
Specifically, he urged nations to better implement United Nations sanctions, expel North Korean workers in their countries and limit diplomatic and economic ties.
“The DPRK represents a threat to all of our nations,” said Tillerson, referring to the isolated country by an acronym for its full name, the Democratic People’s Republic of Korea. “Everyone, including each country represented here today must play a part in this peaceful pressure campaign to convince the DPRK that the only way to achieve true security and respect for the international community is to abandon its current path and chose a meaningful dialogue about a different future.” 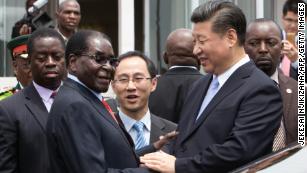 The Chinese connection to the Zimbabwe ‘coup’
The Trump administration has made a concerted effort in recent months to rally international support for its “peaceful pressure campaign,” looking beyond northeast Asia for allies.
On Thursday, the State Department heralded a decision by Sudan to sever its trade and military ties with Pyongyang — an announcement that followed months of US diplomatic outreach on the issue.
The administration has also sought to strengthen counterterrorism ties on the continent in an effort to eject groups with ties to al Qaeda and ISIS from the region.
Last month, Tillerson announced the US would be supporting a west African security task force with up to $60 million. The US military also recently conducted a series of airstrikes against al-Shabaab and ISIS in Somalia. 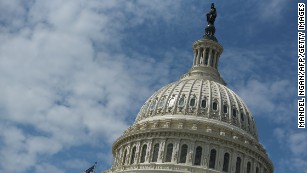 US allies frustrated by Trump as they lobby hard to keep Iran deal
In his remarks, Tillerson said he plans to visit the continent early next year.
But as the administration works to strengthen its relationships in Africa, it is also offering a warning to its leaders about endemic corruption and bad governance.
In his speech Friday, Tillerson called out leaders who “ignore the rule of law and change the constitution for personal gain,” saying they pose an obstacle to “the development of prosperous, free societies.”
In the past few years, at least half a dozen African leaders have eliminated or rolled back constitutionally imposed term limits to stay in power.