Tsetse are blood-feeding insects that transmit trypanosome pathogens which cause sleeping sickness in humans across sub-Saharan Africa. 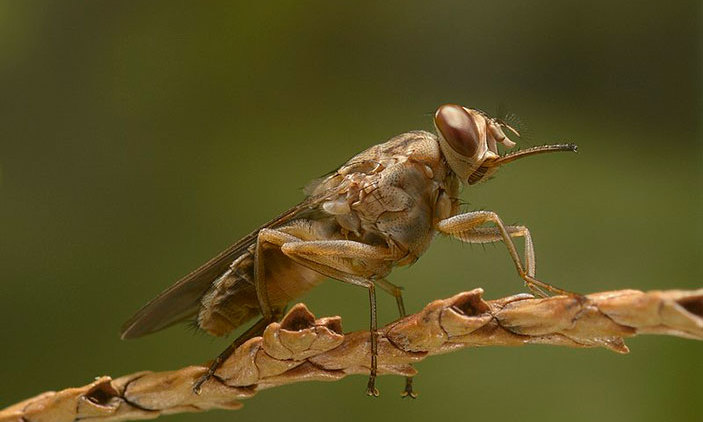 The tsetse fly – an insect that transmits trypanosomiasis or sleeping sickness – could soon die out in Zimbabwe’s Zambezi Valley due to rising temperatures, a study said Tuesday.

The study based on 27 years of data from the country’s northern Mana Pools National Park suggests that temperature increases over the last three decades have caused major declines in local populations of tsetse flies.

“If the effect at Mana Pools extends across the whole of the Zambezi Valley, then transmission of trypanosomes is likely to have been greatly reduced in this warm low-lying region”, said Jennifer Lord, lead author of the study and post-doctoral fellow at Liverpool School of Tropical Medicine.

“While this would be good news for the disease situation in Zambezi Valley, rising temperatures may have made some higher, cooler parts of Zimbabwe, more suitable for the flies,” she said.

Tsetse are blood-feeding insects that transmit trypanosome pathogens which cause sleeping sickness in humans across sub-Saharan Africa.

The initial stage of the disease is symptom free, but during the second stage the parasites cross into the central nervous system and the brain, where they can be lethal if untreated.

There has been a huge reduction in human African trypanosomiasis in recent years.

The fly also causes trypanosomiasis in livestock and the most recent global estimates indicate that disease kills approximately one million cattle per year, according to the study.

The study was based on prolonged laboratory and field measures of fly densities from the 1990s, and nearly continuous records of climatic data since 1975, recorded by researchers based at the Rekomitjie Research Station in the park.

The study showed that since the 1990s, catches of tsetse flies from cattle in the park declined from more than 50 flies per animal per catching session in 1990, to less than one fly per 10 catching sessions in 2017.

Since 1975, mean daily temperatures in the region have risen by nearly one degree celsius (34 F) and by around two degrees celsius in the hottest month of November.