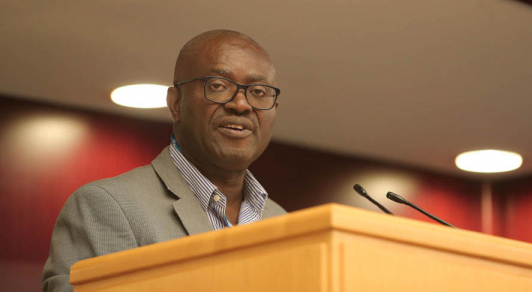 UNITED Nations representative to the African Union, Edward Addai, has expressed concern over endless conflicts that have led to the displacement of millions of people across Africa.

Addai said this last Friday during a virtual discussion conducted by the Advocacy Accelerator, where different stakeholders from across Africa, including Hwange Central MP Daniel Molokela (MDC Alliance), aired their views on children’s rights ahead of the Day of the African Child to be commemorated today.

Earlier this year, Refugee International warned of massive effects of displacements in neighbouring countries such as Mozambique, saying that as a result, Zimbabwe might experience an influx of refugees. A terrorist insurgency in Mozambique is said to have displaced up to 700 000 people.

“The guns in Africa have not been silenced, we have one in four people being affected and a total of 300 million people in conflicted areas displaced, children suffer the first, the most and the longest,” Addai said.

Molokela weighed in saying that the African continent was on the verge of disruption due to conflict as it recorded a high number of child soldiers.

“In Zimbabwe, there is a lot of crisis around children. There is lack of peace and security. In Africa, African children grow up as soldiers, although this is reducing. In some parts of the region, it lingers on,” he said.

“There is the crisis of the militia targeting young people and refugee crisis across the country, especially in Mozambique.”

Molokela said malnutrition was also a big challenge that needed to be tackled in order for Zimbabwe and Africa at large to achieve unhindered development of children, as well as to achieve United Nations Sustainable Development Goals.

Meanwhile, the Amalgamated Rural Teachers Union of Zimbabwe (Artuz) yesterday paid tribute to all the young people in the country saying they were playing an active role in fighting neo-liberal policies and oppression by the Zanu PF regime.

“Young people should not be deterred by the viciousness of the regime as history has proven that the violence of dictatorial regimes only grows to its crescendo just before their collapse,” said Artuz spokesperson Claudia Machida in a statement to mark Day of the African Child.

“In a supposed democratic and free Africa, we still continue to witness the aspirations of children from poor and working-class backgrounds wilt as governments continue to do less in investing in the transformation of their lives. Evidence to this is the limited post-secondary education and employment opportunities for the African youth.”

Zimbabwe National Students Union secretary-general Tapiwa Chiriga said: “We want a Zimbabwe that allows everyone the right to education.”

June 16 was named the Day of the African Child in remembrance of the Soweto June 16, 1976 students uprising in protest against the use of Afrikaans as the medium of instruction in schools.