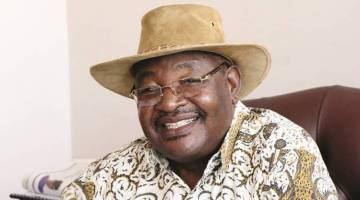 THE celebration of Unity Day this year registers yet another moment of our ideological reconnection as a nation.

The same commemoration allows us to audit ZANU PF’s legitimacy.

In this instalment, I analyse the significance of Unity Day outside the usual festive rapture associated with December 22 since the signing of the Unity Accord in 1987.

Needless to be emphatic on the obvious details of the Unity Accord — which saw the late Dr Joshua Nkomo and Cde Robert Mugabe coming together in 1987 and amalgamating PF Zapu and Zanu into ZANU PF — this submission buttresses the ideological and leadership recalibrating effect of the Unity Accord to Zimbabwe’s national question.

At any ideological level, Unity Day serves as our local validation of the concept of pan-Africanism.

As a philosophy, pan-Africanism is a counter-response to the functions of imperialism in dividing our people through slavery, colonialism and the current tide of neo-colonialism.

Via colonialism, which Zimbabwe directly experienced, our politics were polarised along ethnic terms to guarantee conflict after the territorial fall of colonialism.

This was not unique to our context.

In fact, immediately after the exit of minority rule, Africa experienced civil wars, from Nigeria’s Biafra War to our own Gukurahundi.

To this end, the solemnity of December 22 is not limited to the erstwhile polarity of our Zimbabwean politics.

Our Unity Day celebrations continentally resonate with the exigent need for the African agenda to take up unity as a priority in our policy-making.

Inevitably, this links the commemoration of our national unity to the concept of pan-Africanism.

As a socio-political vehicle, pan-Africanism motions the global synergy of Africans and breaks the barriers of colonially defined binaries and impediments to unity.

Pan-Africanism is instructive of the clarion call for Africans to taking charge of their destiny as a united race.

Through the same spirit of pan-Africanism, we ought to cherish December 22 as that day which harbours the ideological rite to our unity as a nation.

In the process, we benefit a lot in terms of humanising our politics.

This is because pan-Africanism offers a logical alternative to the machinations of imperialism, which has been appeased by civil unrests all across Africa.

To me, the celebration of Unity Day is symbolic of a continental replication of the importance of our unity as a race, which has suffered excesses of disunity ever since colonialism manifested itself in our politics.

In championing the cause of our unity as independent African nations, we revolt against the antagonistic lengths and heights of imperialism.

Today, our unity (if grounded on principles of the liberation legacy) implies ideologically defeating reactionary neoliberalism, which for long has been fronted by opposition parties that are hostile to the spirit of African liberation.

On another important level, Unity Day cements the historical legitimacy of ZANU PF as the legitimate institution of governance in Zimbabwe.

This legitimacy is derived from the immortalisation of the old PF ZAPU and ZANU through the formation of ZANU PF.

Once again, the celebration of our national unity allows us to remember that the peace we enjoy today was produced by a protracted war of liberation fought by ZIPRA and ZANLA forces which were aligned to the then ZAPU and ZANU, respectively.

With the Unity Accord’s overriding effect of balance of power to this day, we must cherish the leadership which ZANU PF has produced over the years.

On that note, His Excellency the President, Cde Emmerson Dambudzo Mnangagwa, and his deputies General Dr Constantino Chiwenga (Retired) and Col Kembo Mohadi (Rtd) symbolise the trinity of power balance which forms the core of our national unity.

It must be remembered that ZANU PF’s longevity resides in inclusive nation-building ethos.

I am particularly enthralled by the manner ZANU PF’s First Secretary, President Mnangagwa, has advanced a governance system which pushes for grassroots-centred development through the devolution process.

The courage to allow all provinces to contribute to their respective development is in line with the principle of regional balancing.

Through devolution, our leadership can establish organic interactions with policy formulation and implementation.

This is important in harnessing power directly from the people.

Moreover, ensuring that the equality of our people is guaranteed and catalysing national unity is very important in giving a practical emphasis on ZANU PF’s legitimacy.

As reiterated by the late President Mugabe, Zimbabwe stands to benefit more from the unity of her people.

Unity is in fact more than mere harmony. It is an active bond of aspirants who share common political beliefs.

Unity is integrative of constructive, progressive or revolutionary forces in the direction of set goals.

Unity is equally disintegrative of destructive, retrogressive or counter-revolutionary forces that operate against progress and against unity itself.

This classical wisdom is even pronounced in our Constitution, which features an in-depth acknowledgement of the need to celebrate our ethnic diversity.

Therefore, the new trajectory of national unity called for by the Second Republic under President Mnangagwa offers a rational template for social transformation.

Today we stand to benefit from the positive lessons we can draw from our past and those who initiated the early models of State and nation-building before the entry of colonialists.

Certainly, if in our unity we managed to seize power from the colonial regime, what makes us think that we will fight our present challenges as a divided people?

We need to be at peace with each other. When this happens, Zimbabwe will be poised for national cohesion, transformation and sustainable socio-economic development.

This serves as the true and much-desired goal of the idea of pan-Africanism in validating ZANU PF’s legitimacy.

◆ Dr Obert Moses Mpofu is ZANU PF’s Secretary for Administration in the Politburo.