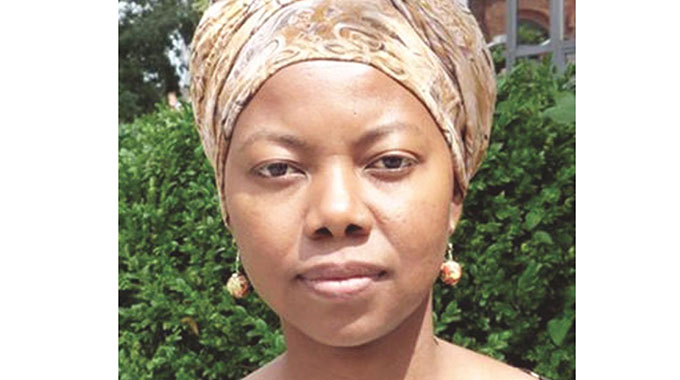 Memory Chirere Correspondent
NoViolet Bulawayo’s debut novel, “We Need New Names” (2013) published by Reagan Arthur Books, confirms the existence of a certain special tradition in the literature of Zimbabwe, which cries for adequate recognition and evaluation.

Ever since Dambudzo Marechera’s famous lines in “The House of Hunger” (1978): “I got my things and left … I couldn’t have stayed in that house of hunger where every morsel of sanity was snatched from you the way some kinds of bird snatch food from the very mouths of babes,” there has been a quiet, but sustained outpouring of narratives about leaving the homeland (Zimbabwe) because of a crisis.

Marechera and his contemporaries and those immediately after him like Shimmer Chinodya, Alexander Kanengoni and Valentine Mazorodze produced various narratives about leaving home (then Rhodesia) to go either to join the war of liberation or into exile.

There are many stories in the public sphere of how revolutionary leaders, like former president Robert Mugabe and Edgar Tekere, fled the troubled Rhodesia to lift the war of liberation to a higher notch.

And in more recent years, specifically dwelling on what is now called ‘the decade of Zimbabwean crisis,’ we have Christopher Mlalazi’s“Many Rivers” (2009), Brian Chikwava’s “Harare North” (2009), and the multiple voice compilation: “Hunting in Foreign Lands and Other Stories” (2010), Novuyo Rosa Tshuma’s “Shadows” (2012) and now NoViolet Bulawayo’s “We Need New Names”, among others, writing on going away.

In all these stories ranging from the 1970s to the present, home is depicted as going through various forms of turmoil, which expresses itself most through political instability. The central character, who is almost always a young fellow, flees home and country in search of an alternative existence.

However, this character remains double faced; looking at foreign territory with eyes of home and glancing back at home through the teary eyes of new experience and beginning to reread “home”. The resultant chasm constantly tugs at one’s soul.

However, to read NoViolet Bulawayo’s new book is to take constant departures and arrivals, inside out and upside down until you lose count because she is constantly aware of the numerous points of view to the subject of going away from Zimbabwe.
She is aware that the phenomenon that she is working on is actually in motion and that Zimbabwe will one day rest on any of her many intriguing sides.

It is most ironical that at that very moment, our character from this kind of literature asks or fails to ask important questions about what exactly has happened or not happened to one’s people and country: How did it start? Who causes it? Who benefits from it? Are we certain that we see all of it for what it is?

From Marechera to Bulawayo, history may one day judge these stories against that rubric.
The mind of Darling is an encyclopedia bursting with minute details from the distinct aroma and taste of guavas stolen from the backyards of a posh city suburb to the rigmarole of shanty town dwellers of Zimbabwe.

The kind of pregnancy of detail that you find in this novel, like the descriptions of the onset of Operation Murambatsvina, is one of its strengths: “…the bulldozers appear boiling. But first before we see them, we hear them. Me and Thamu and Josephat and Ncane and Mudiwa and Verona are outside playing with More’s new football, and then we hear thunder.

“Then Ncane says, ‘What is that?’ Then Josephat says, ‘It’s the rain’. ‘I say, No, it’s the planes’. Then Maneru’s grandfather comes sprinting down Freedom Street without his walking stick, shouting, ‘They are coming, Jesus Christ, they are coming!’ Everybody is standing on the street, neck craned, waiting to see. Then Mother shouts, ‘Darling come into the house now!’ But then the bulldozers are already near – big and yellow and terrible and mental teeth and spinning dust. The men driving the bulldozers are laughing. I hear the adults saying, ‘Why why why, what have we done?’”

And when they get to the destinations of choice, the Zimbabweans and fellow migrants find there is no sweetness here either. “And the jobs we worked, Jesus-Jesus-Jesus, the jobs we worked . . . We took scalding irons and ironed our pride flat. We cleaned toilets. We picked tobacco and fruit under the boiling sun until we hung out our tongues and panted like lost hounds.

“We butchered animals, slit throats, drained blood… holding our breaths like crocodiles under water, our minds on the money and never on our lives. Adamou got murdered by that beast of a machine that also ate three fingers of Sudan’s left hand … Ecuador fell from forty stories working on a roof and shattered his spine, screaming, Mishijos! Mishijos! On his way down.”

This novel juxtaposes a tumultuous Zimbabwe against a well fed and technologically advanced America as seen by a young and impressionable Zimbabwean girl. Darling discovers that Zimbabwe and America are worlds with two very different pass- words.

What Zimbabwe does not have materially, America offers, but not for free! Closely looked at, America offers its own kind of turmoil to those (like Darling) who do not want to be second class citizens, and who constantly claim that they have somewhere: “my country, my people, our President, our language” and other things.

The vivid backlash or maybe the “cruelty” of this story is contained in poor teenage-mother-Chipo’s words from Zimbabwe in a telephone conversation with Darling: “Just tell me one thing. What are you doing not in your country right now? Why did you run off to America, Darling Nonkhululekho Nkala, huh? Why did you just leave? If it’s your country, you have to love it to live in it and not leave it. You have to fight for it no matter what, to make it right.

“Tell me, do you abandon your house because it’s burning or do you find water to put out the fire? And if you leave it burning, do you expect the flames to turn into water and put themselves out? You left it, Darling, my dear, you left the house burning and you have the guts to tell me, in that stupid accent that you were not born with, that doesn’t even suit you, that this is your country?”

Chipo’s analysis may have its own problems, but this and other acute questions raised by this novel, will mark it as one of the tightest rope walking narratives by a Zimbabwean. Zimbabweans, wherever they are today, will find out that this searing novel begs the citizen’s position to the Zimbabwean question. The book was launched in May 2013 and the author is currently based in the US.

The first chapter to this novel, “Hitting Budapest” won NoViolet Bulawayo the 2011 Caine Prize for African Writing when it was presented as a separate short story. Announcing Bulawayo as the winner of the £10 000 prize at a celebratory dinner held at the Bodleian Library, Oxford, the chair of judges and award-winning author Hisham Matar said: “The language of Hitting Budapest’ crackles.

“Here we encounter Darling, Bastard, Chipo, Godknows, Stina and Sbho, a gang reminiscent of ‘Clockwork Orange’. But these are children, poor and violated and hungry. This is a story with moral power and weight, it has the artistry to refrain from moral commentary. NoViolet Bulawayo is a writer who takes delight in language.”