US SENATE DEBATE: Lacoste Furious As MDC Tells US Keep Zimbabwe Sanctions In Place Until After 2018 Elections 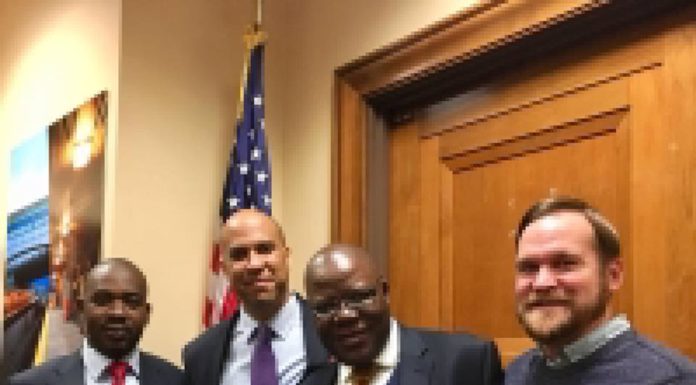 Source: US SENATE DEBATE: Lacoste Furious As MDC Tells US Keep Zimbabwe Sanctions In Place Until After 2018 Elections | ZimEye

Staff Reporter| The US Senate was yesterday told to keep sanctions and punitive measures on ZANU PF in place until after 2018 elections. 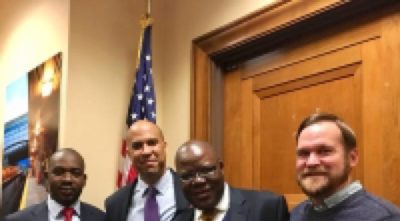 Presenting before the panel, former Finance Minister Tendai Biti said the opposition movements will only advise the IMF and other institutions after assessing the conduct of the 2018 elections.

Biti spoke to a panel of senators saying the western world must only assist when reforms have been effected and acted upon by the Emmerson Mnangagwa regime.

He said, “if we are able to deliver as a country a free fair and legitimate election, in respect of which everyone accepts the results thereof and the provisions of the constitution spelt out in Section 2 of our constitution, the founding values of the constitution that deal with power transfer are respected and there is genuine power transfer in Zimbabwe, then quite clearly, there is an obligation in the international community to assist us particularly the third question where we have to engage the World Bank, the IMF and the Paris Club of lenders.”

The development sparked a flame of fury inside ZANU PF’s Lacoste faction.

Tanzania-based political analysts Mr Tafadzwa Mugwadi said the MDC was exposing itself as a Trojan horse of imperialists. “Zimbabweans must be vigilant to repel this sanctions-mongering lot in the MDC. It is shocking that instead of contributing to the success of our new dispensation, the MDC is busy taking its begging bowl to its paymasters in their false hope of salvaging a clinically dead carcass. It is even more shameful that they are double dipping since they also get funded under the Political Parties Finance Act from Government. Unfortunately, they have learnt nothing and forgotten nothing since 2002 and come 2018, the writing is on the wall. President Mnangagwa is the only game in town.’

Another political analyst, Mr Goodwine Mureriwa, said the MDC was misdirecting its efforts. “They are misdirecting their efforts. When Zanu-PF is gearing itself for elections by going for Congress this week to confirm their Presidential candidate, when it is encouraging its supporters to register to vote and when it is in the electoral mode, they (MDCs) are not doing the same. They are going outside to look for money but money does not vote,” he said. Mr Mureriwa said it was also surprising that the MDCs were in America looking for funding which they have received and abused since 1999.

‘The CIA knows that the opposition abused their funding from 1999 running into billions of dollars. Everyone knows what Tsvangirai did with the money . . . They are splinter movements in the MDC that came out of fights over foreign funding. They went to America and advocated for sanctions and sanctions came – they expect electoral reforms in Zimbabwe from America? In international law no country can make a policy on behalf of another as this is tantamount to interference.” Mr Mureriwa said the MDC was going to meet a very unreliable man in Donald Trump.

“They are desperate for funding but they are going to meet a very unreliable guy. This is the guy who said America first, America second, America third. They should have realised the Trump whom they are putting so much trust in is an unprincipled leader who is now doubted by everyone in international relations. He has made statements on Iran, Iraq and declared Jerusalem the capital of Israel in violation of standing UN resolutions on how to handle the Palestinian issue,” added Mr Mureriwa.