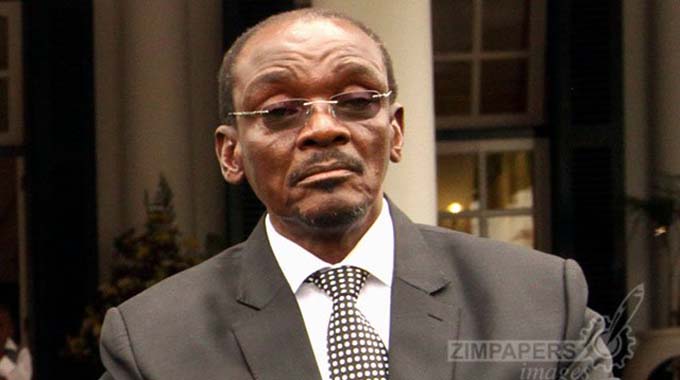 Tendai Mugabe Senior Reporter
The new dispensation led by President Mnangagwa has opened up political space in the country allowing citizens and political parties to campaign freely and express their opinions without fear, Vice President Kembo Mohadi has said.

His remarks come in the wake of unhindered and intense campaigning by all political parties across the country ahead of the forthcoming general elections.

VP Mohadi said as the nation drifts towards harmonised elections in July, political players should preach the gospel of peace and unity.

Addressing a symposium on peace and the 2018 harmonised elections organised by the University of Zimbabwe and the Election Resource Centre in Harare yesterday, VP Mohadi said politicians should use persuasive means to solicit for votes.

“The new dispensation has ushered in political freedom of expression, association and assembly so that candidates and parties can campaign without hindrance and have the opportunity to convey their messages to the voters,” he said.

“Regrettably, it is at the campaigns that inciting messages and hate speech can be relayed and trigger violent acts, which destabilise our communities. Such should be avoided. Collectively, let all use our preventative diplomacy, persuasion and alert potential conflict brewers about the consequences of incitement.

“In this new dispensation, there is virtually no reason why communities should not create platforms for peace and cultivate tolerance. Our communities should be on the forefront in confronting questions of violence, peace building and reconciliation in Zimbabwe.”

VP Mohadi said Zimbabweans should co-exist and it was important to come up with peace building programmes that unite people across boundaries, cultures, gender and political affiliation.

“It is incumbent upon all of us as a nation to continue to envision on peace building and reconciliation journey so that we demonstrate to the world that we are a peaceful and loving people – a people poised to conduct elections peacefully because we understand the value of dialogue over physical engagement as indicated by our very high literacy rate.

“The media should serve as a link for the voters to know what transpires before, during and after elections. Therefore, the media should avoid inflammatory language that stirs conflicts at all costs.

“Our local media should at all costs not be overshadowed by foreign media. As the nation embraces cultural and political diversity, we need to continuously remind ourselves that elections come and go but we should remain united and put the aspirations of the country first.”

VP Mohadi said political parties should continue to nurture an environment of tolerance and demonstrate to the world that Zimbabwe’s democracy had come of age.

“This country does not require violence, intimidation and other obstacles for people to demand the right to express their will through the ballot box,” he said.

“Our electoral laws offer equal conditions and opportunities for citizens to have access to polling stations and to vote and so every citizen of this country should help us uphold these laws.

“The Zimbabwe Electoral Commission is mandated to undertake voter education and other related processes as these are critical for peace building and the assurance of security during the elections.”

The symposium was attended by various stakeholders including civic organisations and the academia.