War vets are out of order 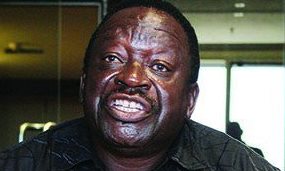 Source: War vets are out of order – DailyNews Live

HARARE – Veterans of Zimbabwe’s war of liberation falling under the banner
Zimbabwe National Liberation War Veterans Association (ZNLWVA) have all
but squandered the goodwill they earned last November in the aftermath of
the ouster of then president Robert Mugabe after a military intervention
spearheaded by General (rtd) Constantino Chiwenga.

Amidst the chaos that resulted from the sudden end of Mugabe’s 37-year
rule, war veterans won over many people by presenting themselves as an
apolitical force determined to unite all Zimbabweans regardless of their
political differences.

At the time, ZNLWVA secretary-general Victor Matemadanda, in particular,
preached inclusivity, arguing that there was no longer any reason for
Zimbabweans from differing political backgrounds to regard each other as
enemies.

“All the political parties should embrace this (Mugabe ouster); they
should support this move because we need a situation after this where
there is inclusivity because no one person or political parties can solve
our problems, so we want political convergence. We want people who are
prepared to work together,” Matemadanda said then.

Sadly, the conduct of war veterans since the November “coup” has poked
holes into the former liberators’ claim that they are a positive force for
greater good.

In just a few short months, the war veterans have disappointed many
Zimbabweans by demonstrating now and again that they are nothing more than
a glorified unit of the ruling party.

The war veterans’ attack on MDC Alliance leader Nelson Chamisa for
petitioning the Constitutional Court to set aside the Zimbabwe Electoral
Commission (Zec)’s declaration of Zanu PF leader Emmerson Mnangagwa  as
the winner of the July 30 presidential  election exposes their
partisanship.

How can the ZNLWVA attack Chamisa for challenging the presidential poll
outcome in line with the country’s Constitution?

Judging by the disputed poll results, Chamisa narrowly lost to Mnangagwa.
Therefore by attacking Chamisa’s decision to exercise a
constitutionally-guaranteed right, the war veterans are also attacking the
millions that voted for the MDC Alliance candidate.  Clearly, this is not
how an apolitical war veterans’ body behaves.

Matemadanda’s recent attempt to single out former president Mugabe as the
only one responsible for the post-independence civil disturbances commonly
known as Gukurahundi also smacks of dishonesty.

The ruling Zanu PF party, members of Mugabe’s Cabinet at the time and the
Zimbabwe Defence Forces are just as culpable as the former president, so
Matemadanda’s attempts to rewrite history are a futile exercise.