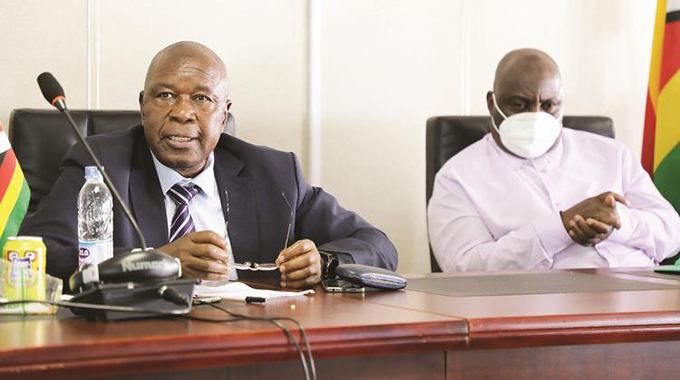 The war veterans, who met in Beatrice on Thursday in the wake of some people who claim to be disgruntled war veterans, said they were solidly behind President Mnangagwa, who is also the Zanu PF First Secretary and President.

ZNLWVA national Political Commissar Cde Joel Mureremba told The Herald yesterday that the meeting, which was attended by war veterans’ representatives from across the country, came up with a number of resolutions, one of which was the endorsement of President Mnangagwa as the party’s sole candidate for 2023.

“We endorsed our President Cde Mnangagwa as our candidate for 2023,” he said. “Our decision was easy given his efforts in developing the country since his election.

“Ever since he became President, he has done wonders on the development front despite being confronted by Cyclone Idai in 2019, which shows his love for his people.

“Roads are also being repaired while new ones are being constructed, using local resources, which has never happened in this country.”

Cde Mureremba said the other resolution was to have an increment on the monthly earnings and timeous payment of school fees for war veterans’ children and the decentralisation of funds to meet funeral expenses for war veterans.

“I have to admit that we were agreed that there is need for a review of our monthly allowances,” he said. “However, we have to follow the proper channels for us to get that increment, there is need to maintain discipline.”

Cde Mureremba challenged some elements within the association who recently claimed they were paid to beat up or intimidate people during election campaigns to provide details of those who sent them.

“As war veterans, we went to war to liberate people so that they live peacefully in their country,” he said. “We, therefore, cannot be seen to be going around beating up the same people.

“We have never beaten anyone and anyone who goes around claiming that they were sent to beat up citizens should tell us the one who sent them and how much they were paid.”