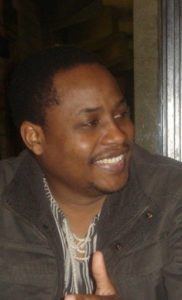 By Dr. Phillan Zamchiya |Dear Reader, On a Sunday like this let me remind you that in May 2013, the Commander of the Zimbabwe Defence Forces, General Constantine Chiwenga, expressed his disposition towards the opposition and Zimbabwe’s most popular politician Morgan Tsvangirai in the most horrifying and uncivil terms. In response to news that he had met Tsvangirai and his team, the General said,

“We have no time to meet sell-outs,mapuruvheya…clearly Tsvangirai is a psychiatric patient who needs a competent psychiatrist. There is nothing like that, we never met Tsvangirai, Giles Mutsekwa or anyone from the MDC-T. Why would we do that? We have no time for sell-outs. It’s a figment of his imagination that he met us. I think he was dreaming and that dream should remain a dream and never be reality because we have better things to do than to meet with sell-outs. It’s just not possible for me to entertain the MDC-T leader, we are different. Just like oil and water, we cannot mix. As the defence forces we will not respect or entertain people who do not value the ideals of the liberation struggle. Meeting such people will be a mockery to the thousands of people who sacrificed their lives fighting for the country’s independence. Who the hell does Tsvangirai think he is? No one can make us turn our back on the ideals of the liberation struggle. Thousands of people died for this country and you cannot change that nor wish it away. This country was liberated courtesy of a protracted struggle, some of us we carry severe scars from that struggle and its unimaginable of us to spit on that struggle through meeting sell outs. Its either you say yes or no, I do not have time to talk to Tsvangirai who seems to be suffering from hallucinations. I and fellow ZDF generals are not missionaries and will never meet with Tsvangirai”.

This shows that the military elites especially of ZANLA and partly ZIPRA origin have been ideologically drilled to believe the opposition is an extension of the neo-colonial and neo-imperial agenda of the British and Americans. The General’s evident ideology of exclusive nationalism creates outsiders and insiders yet we are all citizens. The ‘outsiders’ are denigrated as sell-outs, traitors and stooges of western imperialism and neo-colonialism and therefore any forceful or illegal action against them is justified. In military language a sell-out deserves death. The ideology is also used to justify the exclusion of opposition supporters and leaders in gaining access to state power. It seeks to legitimise the entitlement mentality that Zimbabwe belongs to the ZANLA/ZIPRA command element for the period that they are alive! The institutional legacy of military involvement in politics from the days of the liberation struggle does not augur well for electoral democracy in Zimbabwe. Such history predisposes the military elite to intervene politically in ways that undermine democracy.

Even beyond the ideological and historical inclination, the army, especially the ZANLA element, is likely to cling to Emmerson Mnangagwa, to swim or sink with him in the 2018 general elections. Hence the military is likely to step in during the electoral cycle. Interventions will be at voter registration, actual electoral campaigns in the villages, management of election results and in the event of Mnangagwa losing the first round of elections. In case of the later they will execute another coup d’état, where they will clandestinely urge Mnangagwa to hold onto state power to maintain a civilian leader as they did. Examples include Algeria, where the army stopped a second round of national elections after an electoral victory by the Islamic Salvation Front (FIS) in December 1991. We have learnt that the military elite can act independently of civilian control but never actually seizing state power yet determining the course of political events.

I therefore insist that the military elite are likely to support Mnangagwa to tenaciously cling on to power in the event of an electoral defeat. Why? Zimbabwe’s military elite fear prosecution having amassed businesses and prebends through state patronage since 1980. Second, some of the military elites face serious allegations of human rights abuses and mass murders of civilians. Third, stultified by decades of obeisance to the ruling party, the Zimbabwe African National Union Patriotic Front (ZANU PF), in Zimbabwe’s neo-patrimonial context, they can hardly imagine a change of context. Fourth, they believe their prebends are best defended by Mnangagwa and prospects of upward accumulation are also served best by the incumbent. Some rightly argue that the army is not a homogeneous unit but the top brass is united by fear of collective punishment, shared memory, business interests and other factors I mentioned above.

What about the enthusiastic junior army officers we saw on the streets during the execution of the ruthless coup? Yes they are disgruntled and not recipients of the largesse and some think corruption by the senior officials is worsening their livelihoods but they have little room to manoeuvre between now and 2018. First, the military has a hierarchical command structure. Second, the military intelligence has an effective surveillance system. Third, dissent can be punished by death even of loved ones. Fourth, SADC and international community is not paying much attention to victims of the current coup.
The non-partisan conduct of the military is an important ingredient for electoral democracy. The military is the ultimate support of Mnangagwa’s government…if they withdraw their support, if they carry out a coup against his government, or if they refuse to use manipulation and force against those who threaten to democratically change the government, ED falls.

There is need for an urgent triple alliance of opposition, civil society and citizens to ensure the military becomes non-partisan ahead of the 2018 general elections. One key demand across is for all the military generals involved in the coup to be negotiated out of their positions before the general election. There is need for a regional and or international partner to demilitarise the space and the mind for 2018 general elections to advance democracy. A sustainable strategy to apply diplomatic pressure on the military elite is a must because Zimbabwe on its own faces a herculean task. It is unfortunate the general elections are going ahead next year. Otherwise Zimbabwe could have pondered more and refined Dr Ibbo Mandaza propositions of a transitional authority.

A survey of political action across Africa indicates that in fragile transitions, interventions of the military (covert or overt) should be expected to play a major role in enabling or blocking electoral democracy. They constitute a wild card and Zimbabwe is no longer an exception!