Why Mnangagwa will lose the election 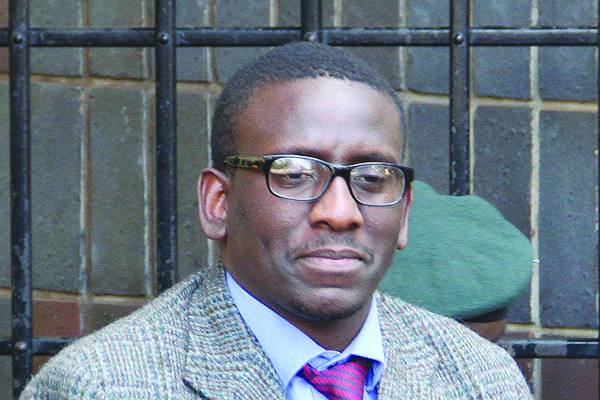 The economy. The temptation for those in the political classes is to view politics as an abstract game. It is not.

Source: Why Mnangagwa will lose the election – NewsDay Zimbabwe July 5, 2018

There are real people who graduated 10 years ago and have never seen a pay slip. People unable to pay their rents. Children sent home from school over fees. Their lives are not an abstract game.

They have real problems but no solution to alleviate their circumstances. But hope springs eternal. Elections are their hope.

Only politicians believe those voters will be persuaded by cheap tricks like a cute Jah Prayzah song extolling a war hero way past his sell-by date.

This reality presents a problem for Zanu PF. The economy is screaming.

People are still sleeping in bank queues. People still don’t have any money.

While the economy howls and poverty continues to educate voters, Zanu PF has additional problems at home.

He is wildly popular and the primary election, from which he was barred, was a disgraceful farce, as hundreds of ballots were simply written “MP wangu haapo”. It’s game over for Zanu PF in Magunje.

The bigger problem for Zanu PF is that there are dozens of Gandawa-type G40 remnants across the country actively decampaigning President Emmerson Mnangagwa.

In Kwekwe you have the popular Masango “Blackman” Matambadzo running under the National Patriotic Front (NPF) ticket and holding immense rallies. It is game over for Zanu PF in Kwekwe.

In Harare, more trouble is brewing. Harare South, the only constituency in the capital Zanu PF has consistently held, faces the Shadreck Mashayamombe rebellion.

He was elected to Harare South on a Zanu PF ticket and enjoys deep relationships in the constituency.

He is running under the NPF/MDC Alliance ticket and has proved an indefatigable opponent, pressing on even after a series of abductions to force him to back down.

So significant is the threat of defeat at the hands of Mashayamombe that Vice-President General Constantino Chiwenga recently exercised considerable energies at a rally attacking the former MP.

I could go on, but I don’t need to. Earlier this week, Zanu PF expelled 41 members running as independents. They expelled 41 Gandawas.

You might not know the names of these people, but you don’t need to — politics is always about local dynamics.

The fact that Mnangagwa cannot see what is happening in Magunje as “bhora musango” messages are shared late at night over WhatsApp does not mean it is not happening.

I have not mentioned the many Zanu PF voters, such as myself, that were unhappy with what Mnangagwa did to then President Robert Mugabe. Our vote is not a secret.

It also helps when The Herald accuses MDC-T and MDC Alliance leader Nelson Chamisa of working with Mugabe.

We are drawn the more to Chamisa while his urban base has learnt to ignore The Herald propaganda, confining themselves to the sports pages.

The generosity of chance is such that MDC Alliance presidential candidate Nelson Chamisa might not win the election — Mnangagwa could lose it.

But Chamisa is not to be underestimated. He is running a cunning campaign, largely ignoring his urban base.

His focus has been Zanu PF strongholds. Small jabs, but jabs all the same.

Zanu PF has put itself into a new dispensation box and is unable to rely on its tried and tested intimidation methods to block these rallies and rural engagements.

Then the big one: Chamisa is reaching out to resettled farmers with the promise of title deeds.

It takes little imagination to understand what is happening in the minds of this traditional Zanu PF base of resettled farmers. If Chamisa wins, I will own this land.

Newspaper and ZBC reports will not help you appreciate the national mood. The truth is expressed in popular culture.

The music people sing. The jokes they send. The memes they retweet on Twitter, screenshot and share on WhatsApp groups.

This is where you see who people like or dislike. There is a flood of anti-ED material floating in popular culture.

Ignoring the handful of noisy and well paid Varakashi, the vast majority of user-generated content is ungenerous or part of an ungenerous conversation.

Is Mnangagwa rigging? Did Mnangagwa stage the bomb? Is he a wolf is sheepskin?

The Zimbabwe Electoral Commission is working with Zanu PF. Nobody is talking about groundbreaking at Hwange.

His open for business message is not getting through to those outside the political and business classes.

ED’s last line of defence is fear. Consider the following findings from Afrobarometer:

Three in 10 registered voters (31%) believe powerful people will be able to find out how they voted.

Three in 10 registered voters (31%) say they have been asked to show their biometric voter’s registration (BVR) slips. Respondents had been asked if anyone had demanded to see the serial number of their voter registration slip.

Seven in 10 Zimbabweans (72%) think voters must show their BVR slips in order to vote.

32% of respondents believe powerful people will make use of fingerprints and photographs collected during the BVR process.

40% of respondents believe there will be violence after the election.

By the time we get to July 30, nobody will still be afraid. The fear will be gone. How?

 Edmund Kudzayi is a journalist. He writes in his personal capacity.