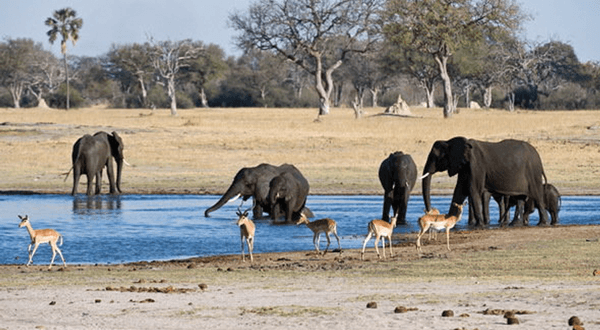 THE Zimbabwe Environmental Law Association (Zela) has called for a review of the Parks and Wildlife Act as well as the Mines and Minerals Act to put a stop to mining operations in protected areas such as Hwange, among others.

Communities in Hwange are up in arms with Chinese coal miners who are pushing for their eviction from their ancestral land to pave way for mining activities.
The companies claim to have been granted special mining rights by government.

Zela said the ban should be accompanied by a review of the Parks and Wildlife Act and Mines and Minerals Act to stop mining operations in protected areas.

“There is a need to review mining laws and regulations, particularly the Mines and Minerals Act, to ban, control or restrict activities such as prospecting and exploration of minerals in protected areas. Frameworks for stakeholder consultation and public participation must be created to ensure inclusivity in decision-making processes,” the environmental lawyers said in a statement to commemorate World Wildlife Day.

World Wildlife Day is commemorated annually on March 3 to promote forest and wildlife management models and practices that accommodate both human well-being and the long-term conservation of forests.

“The government must address the relationship between the Parks and Wildlife Act and other legislations in a manner that clearly gives this Act primacy over all other legislation. This will help to establish clear institutional frameworks based on the need for Environmental Impact Assessments prior to development in protected areas such as mining, which can potentially have a bearing on the preservation and protection of the nation’s biodiversity,” Zela added.

Meanwhile, the Zimbabwe Coalition on Debt and Development (Zimcodd) has urged government to formalise artisanal mining to accommodate women miners.

Women in mining, particularly in the gold mining sector, are experiencing a number of challenges such as victimisation by their male counterparts and other various forms of gender-based violence, resulting in many women fearing to venture into mining.

“There is a need to formalise artisanal mining as this sector is criminalised and its formalisation will reduce elicit flows and contribute to the economy’s growth,” she said.

Nyemba said there was a need to capacitate the Reserve Bank of Zimbabwe (RBZ) and Fidelity Printers and Refiners so as to reduce corruption.

“Women should also be educated that their land should not be taken from them when they are mining activities taking place in the area. There should be measures put in the mining sector to ensure that men and women operate on equal grounds,” she said.

“Women are primary consumers and mining companies should make sure that infrastructure and health facilities are in place because women are the most affected.”

Zimbabwe’s economic malaise, now more than a decade old, has seen women take on work that had traditionally been deemed the domain of men.

Newer Post
‘You have to be responsible online’
Older Post
Next Africa: For Once, Things are Looking Positive in Zimbabwe