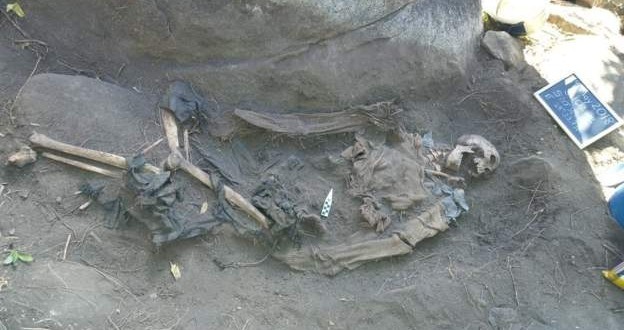 THE opposition Zapu party, whose members were the prime targets of the Gukurahundi massacres of the 1980s, has expressed concern over what it said was systematic erasure of some of the evidence of the brutal killings by President Emmerson Mnangagwa’s government.

The assertions came at a time Mnangagwa has tasked chiefs in the Matabeleland region to preside over the exhumation and reburial of Gukurahundi victims’ remains.

More than 20 000 civilians were massacred in Matabeleland and Midlands provinces between 1983 and 1987 as the Zanu PF government pursued perceived PF Zapu dissidents.

Zapu spokesperson Iphithule Maphosa yesterday said survivors in areas such as St Paul’s Mission in Lupane had been recording some of the brutal killings.

“Anticipating an investigation into the macabre murders, survivors, who bore witness to the barbaric killings compiled a list of names of all the deceased. It has been 37 years and the villagers of Lupane, the whole of Matabeleland and Midlands are still waiting for the investigators to come. They await justice for the dead and survivors,” he said.

“As they and all of us wait for justice and closure to Africa’s and the world’s most ignored genocide, it is most disheartening to note that those responsible for it are busy erasing the evidence using many ways.”

Maphosa added: “We need to constantly remind ourselves that the major reason for the 2017 coup was for Mnangagwa and his accomplices to escape justice for the crimes they committed.

But they must know that people are not stupid. One day, they will be called out.”

Maphosa alleged that as part of planned efforts to evade both accountability and justice, Mnangagwa had employed unsavoury ways of distracting the masses and the affected from the goal of finding closure and justice to this genocide.

“Soon after staging his military coup, Mnangagwa made a loud proclamation that the National Peace and Reconciliation Commission had been given the responsibility of resolving Gukurahundi. Despite our registered doubts over the capacity of this commission to solve the genocide, Mnangagwa sent the commission countrywide on what was purported to be a fact-finding mission,” he said.

“A clear agenda of evidence erasure in blatant disregard for justice is being attempted without shame as well. The choice of those who are tasked with the destruction of evidence is being done using a carefully planned strategy. It is never a coincidence that all the listed bodies and individuals have been given that task one after another.”

The Zapu spokesperson said if the people of Matabeleland do not demand justice and closure, as well as truth and reconciliation, all evidence of the genocide will be erased.