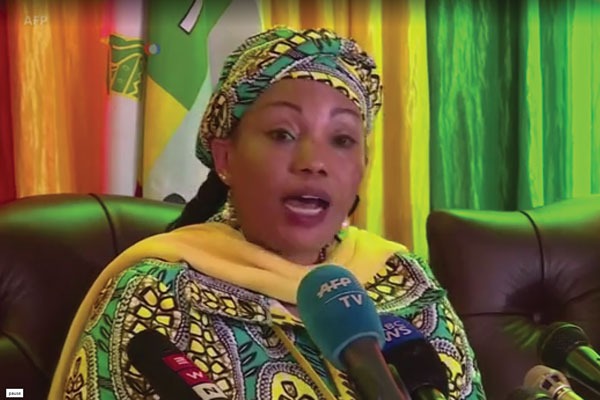 BY PROBLEM MASAU/ TAURAI MANGUDHLA
THE Zimbabwe Electoral Commission (Zec) has embarked on an intensive youth training programme on political processes at a time the country’s youths have been described as unfocused in terms of their participation in electoral processes.

The Zec initiative is expected to include churches, the media and civil society organisations.

Zec chairperson Priscilla Chigumba told participants during the African Union youth training session in Harare on Monday that youths make up the largest population in the country, but have been unwilling to participate in electoral processes with a few of them registering to vote.

“Youth participation in electoral processes is critical because they make up the largest population and they have to be able to choose who they want to be led by and just have an appreciation of the whole process,” Chigumba said.

Speaking at the same event, Youth, Sport, Arts and Recreation minister Kirsty Coventry said:  “This training is important because young people have to be encouraged to participate in electoral processes. Young people should have a voice and their voice can only be recognised if they know how the process works. So it is critical that they are capacitated.”

Zimbabwe becomes the first country in southern Africa to benefit from the AU training programme, and the second in Africa after Gambia.

The country is set for its watershed general elections next year, amid reports that there is voter apathy after few new voters registered during the Zec voter registration blitz in December 2021 and February this year.

In May, Zec said over 110 000 new registrants registered to vote, while only 2 000 were registered during the December 2021 blitz.

In a tweet last Saturday, Kalimbwe blasted Zimbabwean youths for braving the chilly winter night last Friday to be part of Nigerian Afro-pop icon Burna Boy’s musical event, but were failing to register to vote and have to be begged to do so.

“Everytime @daddyhope and others have to beg you to go register to vote. Sometimes I do feel Zimbabwean youths ain’t focused enough. Yesterday you braced the June cold to attend a music festival, but you wanted to be begged to stand in the line for 12 hours to register to vote!!” he wrote on Twitter.

Kalimbwe’s comments came after local journalist Hopewell Chin’ono slammed Zimbabweans, particularly the youth, for lacking focus and drifting towards issues of no substance.

In February, Chin’ono fumed at Zimbabweans after his live social media feed encouraging people to register to vote attracted only 600 followers against the 6 000 that followed gay socialite Tatelicious’ gossip sessions.