Zim can rise from ashes: Hain 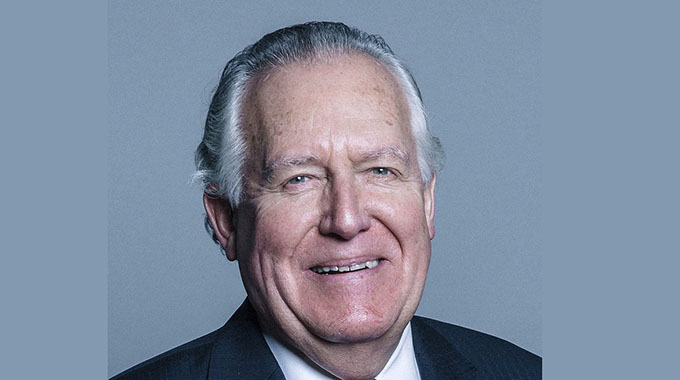 BRITISH peer Lord Peter Hain (PH) — a prominent critic of former president Robert Mugabe’s regime — was in Zimbabwe this week for business meetings with President Emmerson Mnangagwa and other senior government officials. He was accompanied by South Africa’s Moti Group chairman Zunaid Moti and chief adviser Ashruf Kaka. Hain held meetings with Mnangagwa, his two deputies retired General Constantino Chiwenga and Kembo Mohadi, and Foreign and International Trade minister Sibusiso Moyo. He also separately met Mines minister Winston Chitando. Hain, a renowned anti-apartheid activist who became Neath MP for 24 years and served as a minister in Tony Blair and Gordon Brown’s cabinets, was in March appointed special adviser and ex-officio board member of Moti Group to help in its expansion plans in Zimbabwe and elsewhere. The group, based in Parkmore in Sandton, Johannesburg, owns African Chrome Fields (ACF) in Zimbabwe. Diversified local company Sakunda Holdings also has an interest in ACF. The Moti Group has vast interests in mining, beneficiation, transport and logistics, risk management, real estate, financial services, aviation, motor vehicle trading and finance, and security services, among other things. Alpha Media Holdings reporter Blessed Mhlanga (BM) interviewed Hain for the Zimbabwe Independent on his surprise mission to Harare and other critical issues. Find excerpts of the interview below: 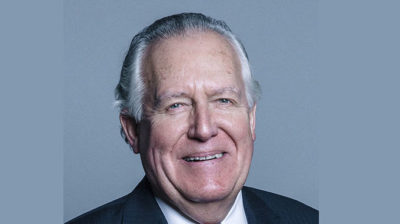 PH: I have never been to Zimbabwe after the former president Robert Mugabe attacked me at the end of 1999–2000 when I was (British) African minister; I didn’t come back, but I think there is a new era in Zimbabwe as the former President is now gone and the new President (Emmerson Mnangagwa) has a new agenda. I met him last night (Tuesday night). I had previously met him when he was in a different role, while I was the Minister for Africa. I met him at the Europe-Africa summit in Gaborone (Botswana) when I was representing the British government; he was representing the Zimbabwean government. That was the last time we saw each other. Now I met him (on Tuesday night), with the two Vice-Presidents and the Foreign minister at State House.

We had a very good meeting and dinner. So what has brought me back is that I have joined the Moti Group as a special adviser on the 1st of March. I’m very excited about what Moti (Moti Group chairman Zunaid Moti) is doing here working to create 2 000 jobs at African Chrome Fields, with more to come in other business ventures and investments.

This is all being done without improper government support, with full transparency, taxes are paid, licences complied with, no kickbacks to anybody like there was in South Africa in the case of the Guptas. I exposed all of that in the British Parliament because what happened with the Gupta brothers in South Africa and former President (Jacob) Zuma’s family is that they were just looting the country. Zimbabwe needs to move forward on a totally different path.

BM: Kindly clarify for us what your role in the Moti Group is; are you a consultant or an adviser?

PH: I am just an adviser and an ex-officio board member; I’m not a director of the African Chrome Fields, but an ex-officio member in an advisory capacity. When we met the President last night and his officials, we talked about the future governmental business agenda for Zimbabwe and the new opportunities there would be to get British investment, support from oversees donors and institutions like the Commonwealth Development Corporation which has made a new loan guarantee facility available of over US$100 million. That is the first sign really of an overseas financial institution connected to a government that is actually working with Zimbabwe. I am very keen to advise on good labour relations, good working conditions and environmental protection policy issues and good community relations by corporates with the local people

BM: Zimbabwe underwent some political changes which led to the removal of former president Mugabe and now there is a new administration in place. What do you think about the political changes happening in Zimbabwe vis-à-vis what was there during the Mugabe era?

PH: Well, I think it’s positive, obviously many of the same figures at the top of the new government of Zimbabwe also served in the Mugabe government, but I think what is very clear to me is that President Mnangagwa understands the need for Zimbabwe to engage with the rest of the world on a business basis to bring investment, create jobs like Moti Group is doing and also to comply with international best practices. The President said the forthcoming general elections will be free and he is encouraging foreign observers to come, that did not happen under Mugabe. I mean observers not just from the Sadc region, but also from Europe and elsewhere. I think that is very positive.

BM: You were one of Mugabe’s staunchest critics and as you say some of the people in the government worked with him; do you think the new administration will have a clean break with the past to move forward?

PH: Well, you know change often comes from within the ruling group, if you look at how change came in the Soviet Union, it took former leader (Mikhail) Gorbachev to change the system. If you look at what happened in South Africa, you needed former president (FW) de Klerk who was an apartheid government minister for decades to change the system. Otherwise you can’t change a system without some form of a revolution which is destructive. So I think what happened in Zimbabwe needs to be understood in terms of an important group of the ruling Zanu PF party and government deciding that the previous path was a dead end. However much these people were involved in the past, they are on a new path and direction.

BM: Some would say the way this change happened precipitated by the military, implying a coup, was probably not the best way to do it. What is your view on that?

PH: Well, I described it not as a coup, but a dramatic shift within the power elite. I think that’s what happened, that is the historically correct narrative. Obviously, the military were part of the power elite, through the JOC (Joint Operations Command) and the whole architecture of the Mugabe regime. So everybody realised in the Zimbabwe power elite that the country was just collapsing and there had to be change at some point. I couldn’t see it happening in any other way.

BM: Can you share with us some of the issues that you discussed with President Mnangagwa. You spoke about re-engagement, free and fair elections and what else?

PH: We discussed his vision of opening up Zimbabwe to foreign investment, his agenda for business-friendly policies, workers’ working conditions and other such issues. I brought up new ideas which I thought the Zimbabwe government could prioritise, for example the use of solar energy. The one thing that Zimbabwe is not short of is sun and light. The other area is, because of the drought situation here, in sub-Sahara or throughout Africa, was water purification, new technologies for water purification and harvesting some of the water that we waste. We also discussed expanding internet across Zimbabwe and broadband across the digital economy, among other issues.

BM: There is also the issue of Zimbabwe-British relations, the current rapprochement between London and Harare. Do you think Britain and Zimbabwe have gone far in trying to fix their strained relations? Is there a policy shift in London towards Harare?

PH: I hope there will be new and strong relations built on better understanding and common goals of democratic values, economic vision and social justice. I don’t speak for the British government, but I think there is a feeling in Britain that with the change happening here now and the elections coming, everybody is watching that. So there is a chance to build a new working arrangement.

BM: The main opposition leader in Zimbabwe (MDC Alliance candidate Nelson Chamisa) visited Britain recently. While in London he complained that the British government is taking sides in the Zimbabwe political arena ahead of elections. Is Britain supporting President Mnangagwa?

PH: President Mnangagwa is the President of Zimbabwe; he is standing for the election and all governments around the world deal with whoever is in office at the material time. If you want to build good relations with government you do that, former President Mugabe did not want that; in fact he rejected it. So Britain will work with whoever is in government. If the opposition wins the elections, Britain will definitely work with them.

BM: When you joined the Moti Group, I am sure you were aware of the negative media reports and publicity about it and some of its directors. What is your view on the stories published about them?

PH: That negativity is what I call google negativity. When you actually look at the facts, as I did before I agreed to join them, none of those things could stand scrutiny. The Moti Group is a very successful business in South Africa and elsewhere in Africa. They behave in a proper business way and operate according to good corporate governance principles and international best practices. I checked all that out, a lot of those allegations are absolutely false and have been rebutted. From my point of view, my reputation as a politician developed through the anti-apartheid struggle and what I did in Britain, fighting state capture in South Africa, the values behind that are important to me. I will never get involved in a business with anybody if those values are not respected.

BM: Looking ahead, do you think Zimbabwe will regain its status as one of the most promising and progressive countries in Africa?

PH: I think Zimbabwe is a country waiting for a lift off, a take-off as it has been kept on the ground for two decades; that’s far too long, it’s far too long. You have got the most educated workforce in Africa, you have got enormous resources, if you can get agriculture working properly like it used to, you could be feeding a lot of other countries in the region as you used to. We discussed agriculture as well last night. I said I thought there would be British government assistance after the elections, assuming the elections would be free and fair; I think the British government would want to support investment in the infrastructure of farming to get the agriculture working again and to make sure that apart from agriculture, mining or other sectors also develop. Zimbabwe should have a bright future if good governance is embraced and investment comes.

BM: What would be your message to the government if it wants to promote serious investment, attract local and overseas investors? What are the critical fundamentals which need to be addressed in order to create an enabling investment climate?

PH: It starts with good governance; respect for international norms; the rule of law; property rights; transparency and accountability. These are some of the key issues which must be addressed. Business must be conducted properly as the Moti Group is doing in Zimbabwe, giving hope to this country.

BM: What do think about corruption in Zimbabwe and Africa in general in relation to economic development?