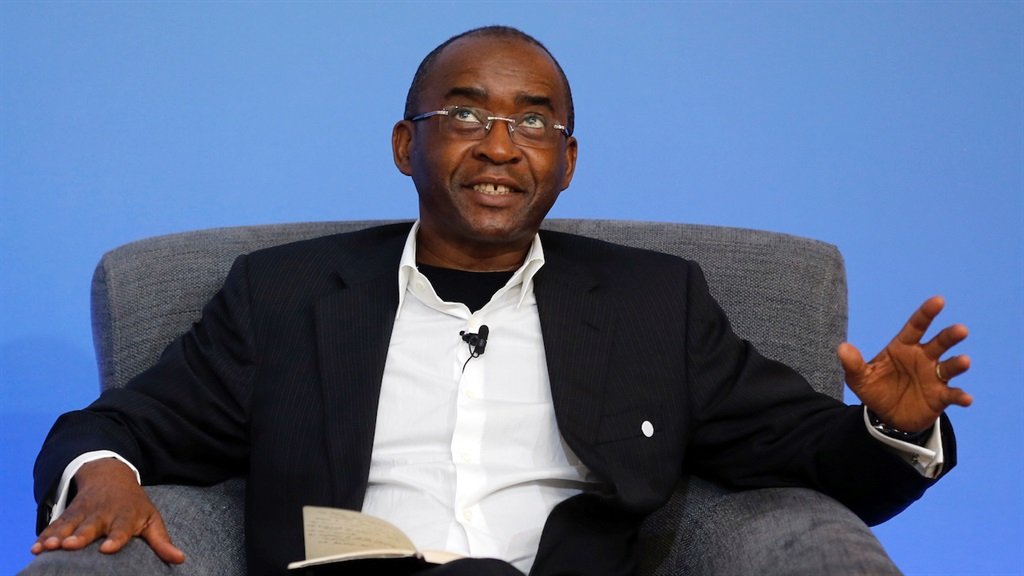 Strive Masiyiwa at a conference in 2016. (Photo by Frank Augstein – WPA Pool/Getty Images)
Zimbabwean telecommunications billionaire and founder of Econet Wireless Zimbabwe, Strive Masiyiwa has retired from the company he started almost three decades ago to pursue new opportunities.

The “vision caster” has moved on, Douglas Mboweni, chief executive officer at Econet told reporters in the capital, Harare Friday. “He has stepped up and there are more portfolios he has to attend.”

Masiyiwa, 61, who has been on Econet’s board since establishing the company in 1993 will retain his more than 50% stake in the company that he listed on the Zimbabwe Stock Exchange in 1998.

“It is through his leadership, dedication and perseverance that the company has grown to become one of Zimbabwe’s largest and most successful businesses,” the company said in an emailed statement.

Masiyiwa, whose telecommunications company operates in Africa and Europe, has had his run-ins with Zimbabwe’s government, which he has seen as pursuing policies detrimental to his wireless business.

In 2020, authorities accused Econet, which dominates the mobile-money transactions industry, of fueling black-market currency trading and money laundering, accusations the company denies. Prior to that the company was in a four-year long legal battle with the government before obtaining an operating license in 1997.

Masiyiwa currently sits on Netflix and the Bill and Melinda Gates Foundation’s boards. He is also the African Union’s special envoy on Covid-19 and oversees the AU’s Covid Task Force that secures coronavirus vaccines for the continent.