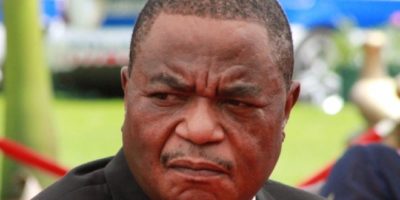 HARARE (Xinhua) — Zimbabwe on Friday launched a nationwide campaign to introduce the typhoid conjugate vaccine into routine childhood immunization as part of a broader strategy to eliminate epidemic-prone diseases.

The campaign will run from May 24 to June 4 this year and will target over 6 million children aged nine months to below 15 years, said Vice President and Health Minister Constantino Chiwenga while launching the campaign in Harare.

He said all children in Zimbabwe will begin to receive the vaccine through routine immunization at nine months.

“This will significantly reduce the number of children susceptible to typhoid in the country and move forward government’s agenda to eliminate typhoid and other outbreak-prone diseases like cholera,” he said.

In recent years, Zimbabwe has been affected by increasing episodes of typhoid outbreaks with Harare, Bulawayo and Gweru being the epicenters.

“This has largely been due to chronic poor water sanitation and hygiene (WASH) conditions which have been exacerbated by overcrowding and seasonal water shortages in some of these affected places,” Chiwenga said.

He said against this background, the typhoid conjugate vaccine becomes a critical public health measure to complement the government’s current focus on rehabilitating obsolete WASH infrastructure in main urban centers.

“As we launch this integrated vaccination campaign, we do not lose focus on the ongoing COVID-19 vaccination program which continues to receive timely boosts of new vaccine arrivals and increasing uptake after initial hesitancy,” Chiwenga said.