Legal challenges to the government’s actions have been set in motion today. Concerns of a return to aggressive one-party rule come in the mist of an economic crisis in the African country. President Emmerson Mnangagwa has been forced to cancel his planned trip to the World Economic Forum in Davos to deal with the chaos at home.

Evan Mawarire, a rights activist, is the most prominent of hundreds of people, also including four opposition lawmakers, detained on public order charges on Friday following violent protests against a fuel price hike.

Mr Mnangagwa announced a 150 percent increase on fuel prices last week.The lawyer for the activist, Beatrice Mtetwa, said he would seek bail at the High Court after being charged with subversion.

Ms Mtetwa said she was unsure when the court would hear the case. 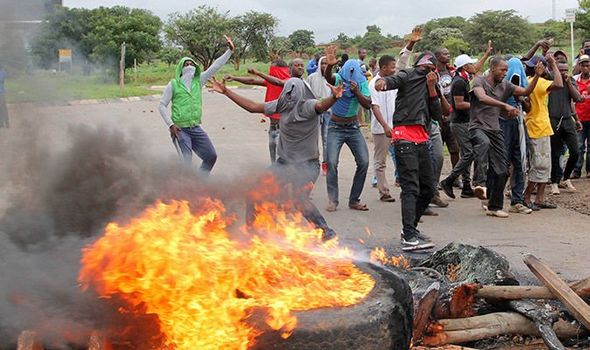 There are fears the country is veering back towards authoritarian rule (Image: REUTERS/Philimon Bulawayo/File Photo) 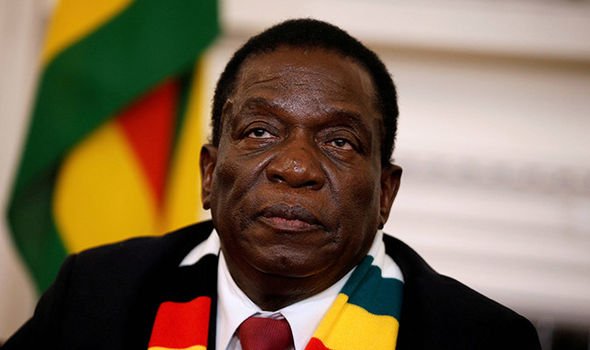 Police say three people died during the unrest, but lawyers and human rights groups say evidence suggests at least a dozen were killed while scores were treated for gunshot wounds.

On social media on Monday, many Zimbabweans said the clampdown had the hallmarks of Mnangagwa’s deputy, Constantino Chiwenga, a retired general who led the coup that toppled former leader Robert Mugabe in November.

But the main opposition Movement for Democratic Change (MDC) said Mnangagwa – nicknamed “Crocodile” during his time as a high-ranking official in Mugabe’s strong-arm administration – was similar in outlook.

“These two walk the same path, they may have a different approach from time to time but the objective is the same. 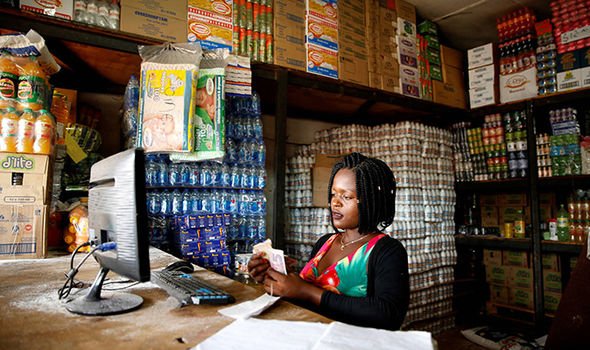 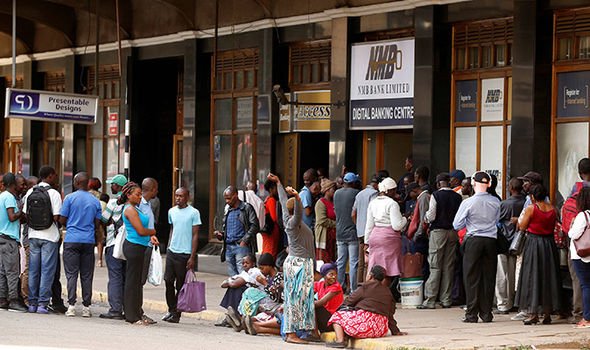 People queue to draw cash outside a bank on Saturday (Image: REUTERS/Philimon Bulawayo)

“They want to dismantle the MDC leadership,” MDC spokesman Jacob Mafume said, adding several of its leaders were in hiding.

Mnangagwa’s spokesman said on Sunday the crackdown was a foretaste of how authorities would respond to future unrest.

In what opponents view as a further attempt to crush dissent, the government has imposed a sporadic internet blackout since last Tuesday.

A lawyers’ group said it planned to challenge that shutdown in the High Court on Monday afternoon.

The action is directed at Zimbabwe’s three mobile networks as well as Mr Mnangagwa, the national security minister and the head of the intelligence services. 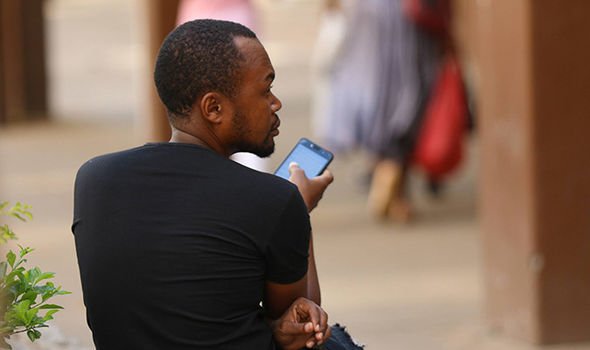 Mr Mnangagwa, who has been on a four-nation European tour, was expected to try to attract investors at the World Economic Forum in Davos this week.

A foreign ministry source said he was now due back in Harare on Monday night.

With high inflation and a shortage of cash in circulation eating into ordinary Zimbabweans’ spending power, the government introduced buses to carry passengers at cheaper fares after public taxis increased prices citing the fuel price hike.

Businesses, including banks, shops and government offices re-opened in Harare on Monday but some schools in Chitungwiza town to the south remained closed, residents said.