We interviewed relatives of some of the 15 people who have been killed by security forces since the start of protests. 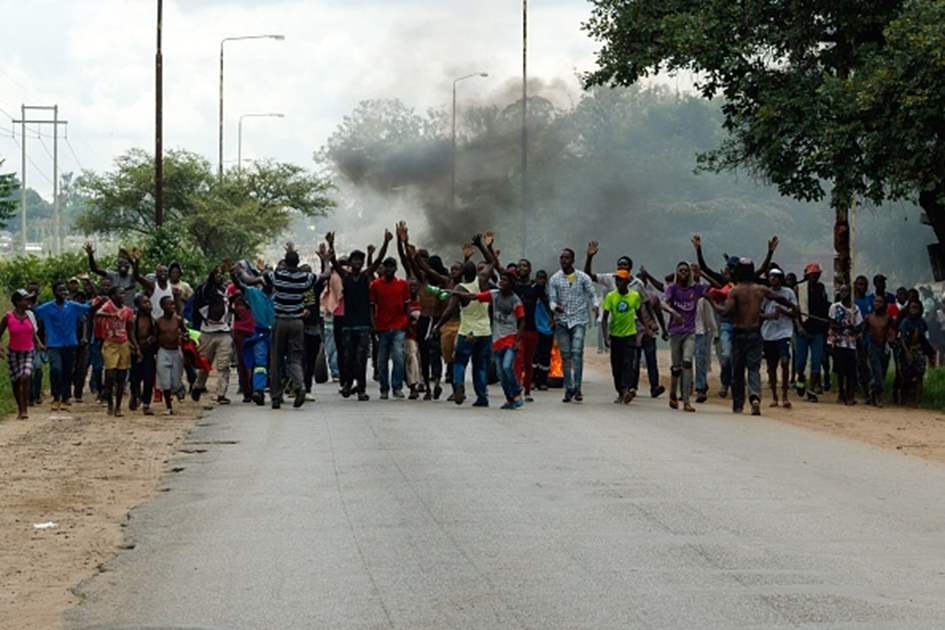 A new briefing by Amnesty International documents how the Zimbabwean authorities have mounted a brutal crackdown and violence against protesters, using killings and torture, among other serious human rights violations to crush protests against fuel prices which began on 14 January.

Amnesty International interviewed relatives of some of the 15 people who have been killed by security forces since the start of protests, and detailed how authorities have used lethal and excessive force such as tear gas, baton sticks, water cannons and live ammunition to silence dissent.

“The Zimbabwean authorities have resorted to the most brutal tactics imaginable to crush demonstrations against fuel hikes. Killings, reports of rape by military personnel and widespread arbitrary arrests of many protestors and non-protestors, have cast doubts on hopes that President Emmerson Mnangagwa’s government might mean a better future for Zimbabweans where respect for human rights is the norm,” said Muleya Mwananyanda,, Amnesty International’s  Deputy Regional Director for Southern Africa.

“Scores of human rights defenders, activists, opposition and civil society leaders suspected of organizing protests have gone into hiding fearing for their lives as a state-sponsored witch-hunt continues, and several women are fearing the worst after reportedly being raped by uniformed soldiers.”

On 14 January, Zimbabwe’s main labour organization called for a nationwide ‘stay-away’ in protest of 150 percent fuel hikes announced by President Emmerson Mnangagwa. In response the government deployed military, police and intelligence units in cities and other residential areas, setting in motion one of the most brutal crackdowns in Zimbabwe’s recent history.

In the new briefing ‘Open for business, closed for Dissent’, Amnesty International has documented cases of torture, mass arbitrary arrests and detentions as well as routine denial of bail in fast-tracked trials. More than 1,000 people have been arbitrarily detained following the protests, with some having been brought to court in trials that do not meet international fair trial standards.

Witnesses have told Amnesty International of widespread torture and other ill-treatment including being made to roll in sewage or ashes from burnt tyres.

The organization is also aware of at least 13 cases of rape and other sexual assault against women by police and military officers. The organization has independently verified internal police reports implicating military personnel in murder, armed robbery and rape.

Dozens of people have been confirmed dead following the national ‘stay-away’ protests. For example, Elvis Nyoni was gunned down on 14 January by riot police outside Chishawasha Flats in Mbare.  He was trying to help an old woman holding a baby who was suffocating from tear gas when he was shot.

In another case, an informal trader, Solomon Nyaruwa, was shot dead on 15 January by an unidentified police officer in Marondera, a town in Mashonaland East, about 72km from Harare. He had gone into town to collect a debt when he was shot while fleeing with other protestors.
Kelvin Tinashe Choto, a 22-year-old football player from Chitungwiza, a residential suburb outside Harare, was shot in the head and killed by security forces outside his home on 14 January during protests. He died on the spot and his body was taken to Makoni police station by angry residents.

“He was my only son and his future was bright. I have been robbed by the state,” Kelvin’s father told Amnesty International.

Scores of people, including children, have been subjected to torture and other ill-treatment either as a punishment for suspected involvement in the protests, or as a warning to deter their involvement. Amnesty international has seen footage and photos of victims who have injuries from beatings. A local legal NGO, Zimbabwe Lawyers for Human Rights (ZHLR), has confirmed that more than a dozen people they represented have reported being tortured.

Amnesty International has confirmed that doctors have attended to 343 cases of people injured during protests and after arrests. Of these, 78 people had suffered gunshot wounds and four had been bitten by dogs which were set on them by the authorities. Others had been kicked with boots or beaten with blunt instruments like wooden logs, and some had been dragged across tarmac. The true number of injuries is likely to be higher as many people were too frightened to seek medical treatment and most public hospitals were inaccessible to people injured during protests.

Many prominent human rights defenders, activists, civil society and opposition leaders have been targeted by the police for their real or perceived role in organizing the protests.
Evan Mawarire, a well-known local pastor and activist, was arrested by police at his home in Harare in the early hours of 16 January. A dozen police officers armed with AK-47s picked him up and he was later charged with inciting public violence and “subverting a constitutional government”.

Mawarire has been outspoken about the hardships being faced by many people under the current economic climate. He was granted bail after spending a fortnight in jail. Mawarire has long been targeted by the authorities, and he was previously arrested in 2016 when he spoke out against allegations of corruption in former president Robert Mugabe’s government.

Japhet Moyo, the Secretary General of the Zimbabwe Congress of Trade Unions (ZCTU), the labour organization that called for the national ‘stay-away’, was arrested on 21 January at Robert Gabriel Mugabe International Airport. He was charged with attempting to subvert a constitutional government. Moyo appeared in court on 23 January 2019 and was denied bail. He was later granted bail on 1 February. President of ZCTU, Peter Mutasa, was detained on similar charges and he was granted bail on 1 February. Many others are either in hiding or have fled the country.

Amnesty International is calling on Zimbabwean authorities to immediately end the crackdown on human rights and end attacks on peaceful protesters, human rights defenders, activists, civil society leaders and opposition supporters. All victims of excessive use of force must have access to justice and an effective remedy, including adequate compensation and guarantees of non-repetition. Suspected perpetrators must be brought to justice in fair trials.

“The Zimbabwean authorities will never be able to convince anyone that the country is open for business if they continue to crackdown on anyone who dares to criticize them. People must be allowed to peacefully express their opinions, even if the government doesn’t like them,” said Muleya Mwananyanda.

“Other members of the international community also have a role to play, including those that embraced president Mnangagwa’s ‘new dawn’. The time has come for them to take an unequivocal stand and publicly condemn the escalating human rights violations in Zimbabwe.”