Zimbabwe Teachers to Strike Over Pay as Labour Unrest Spreads 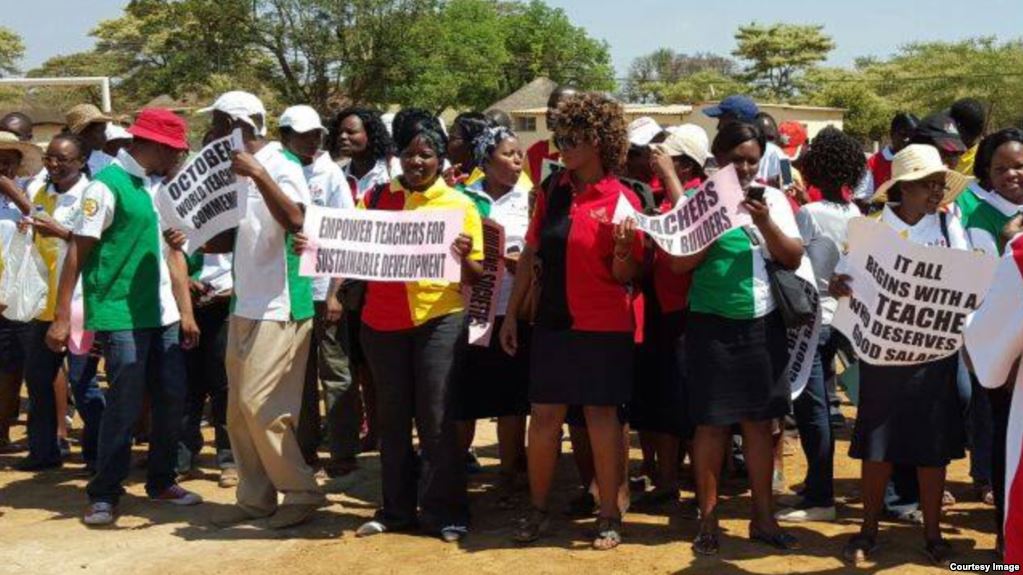 HARARE (Reuters) – Zimbabwean teachers will go on strike to demand an increase in salaries and allowances when schools reopen next month for the new term, the biggest teachers’ union said on Friday, as public sector labour unrest spreads to the education sector.

Doctors and nurses have also staged strikes in the past month, increasing pressure on President Emmerson Mnangagwa ahead of elections set for July, the first since 94-year-old Robert Mugabe was forced to resign in a de facto army coup in November.

In an effort to keep a lid on labour unrest, the government fired striking nurses after accusing them of a politically motivated move. Other workers have now returned to work.

Wrapping up its annual general meeting in the resort town of Victoria Falls on Friday, Zimbabwe Teachers’ Association (ZIMTA) agreed that its members would not attend classes when schools reopen for the second term on May 8.

ZIMTA, which has 44,000 members, said salaries and allowances had not been increased since 2013, while the government still barred teachers from taking long leave, known as “vacation leave”, as had happened in the past.

“For the avoidance of doubt, our members will be on strike and will withdraw their labour effective the 8th of May, until the issues raised have been resolved,” ZIMTA said in a statement signed by its president and secretary general.

The other three unions would not immediately say whether they would join ZIMTA in the strike. The government employs more than 100,000 teachers.

An entry level teacher earns a basic monthly pay of $286 before allowances, according to ZIMTA.

Mnangagwa has said his priority is to revive the economy by opening up the country to foreign investment and repairing relations with the West, but he faces pressure to deliver quickly from an expectant public sector ahead of the elections.