Zimbabwe’s army moving a large number of troops and equipment 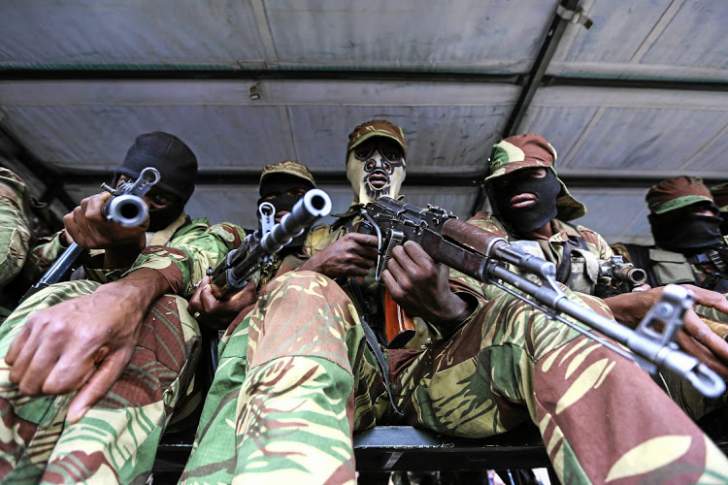 The Zimbabwe Defence Forces are moving a large number of troops and equipment to 6 districts of Mashonaland Central for a “training exercise.”
The ZDF is advising the public not to be alarmed.The drills run from September 22 to October 21.

Below is the press statement:
“The Zimbabwe Defence Forces would like to inform the general public that it will be conducting a training exercise in Bindura, Mbire Muzarabani, Rushinga, Shamva and Mt Darwin Districts of Mashonaland Central Province from 22 September to 21 October 2022. This year’s training exercise is a follow up to a similar exercise conducted in Masvingo Province in 2021.

“The training exercise is meant to sharpen and perfect operational skills so as to enhance the Zimbabwe Defence Forces capability to fulfill its mandate. The exercise involves the movement of a large number of troops and vehicles from Harare into Mashonaland Central Province. Therefore the general populace should not be surprised by these movements.” 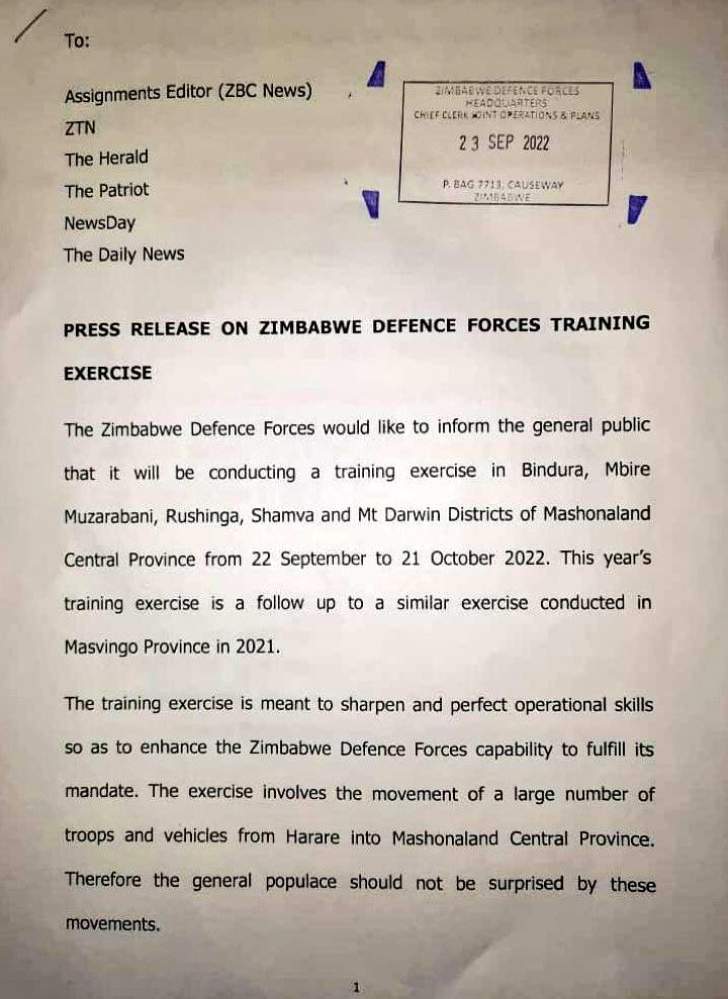