Zimra tampered with our computers: PHD

Source: Zimra tampered with our computers: PHD – NewsDay Zimbabwe May 10, 2019 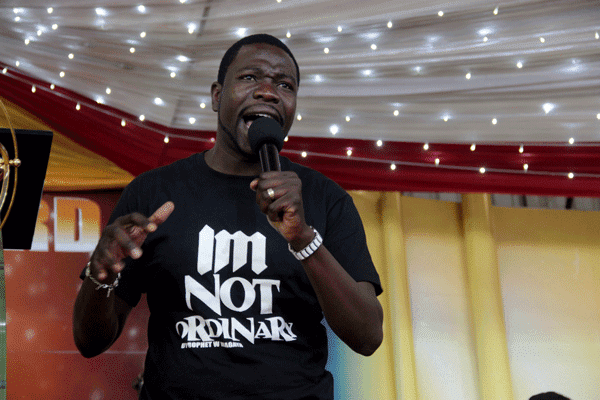 Walter Magaya’s Prophetic Healing and Deliverance (PHD) Ministry, which is facing charges of failing to declare sales tax, yesterday accused the Zimbabwe Revenue’s Authority (Zimra) of tampering with their computers seized during a raid to come up with “fictitious” financial statements that the State is seeking to tender as exhibits.

PHD Ministries representative Tawanda Marimo told magistrate Hosea Mujaya during trial that they suspected Zimra tampered with the computers to produce statements that do not reflect the financial status of the company.

Marimo, who was represented by Oliver Marwa, told the court that it was possible that Zimra manufactured the financial statements in order for them to use against them.

“As Zimra seized our computers, they can tamper with them to produce what they want to use in court to nail us. I am disputing these financial statements. They do not reflect what our financial status is,” Marimo said.

“The only authentic financial statement comes from me and they are in my laptop. When they seized these computers, I was in South Africa with my laptop, which had the authentic statement.”

Zimra chief investigations officer Tinashe Madakadze had told the court that when they conducted a raid at PHD Ministries premises, they seized computers.

He said after realising that the computers had passwords, they asked the PHD Ministries officers for assistance to log onto the computers and they sent Winnie Matimati and one, Tatenda, from the finance department.

But Marimo said as head of finance team, he never deployed anyone with passwords to log onto the computers, saying he did not know how the Zimra officials got access into those computers to recover the “fictitious” financial statements.

Prosecutor George Manokore took Marimo to task, saying the fact that he was in South Africa does not mean that the finance department at PHD Ministries was closed, to which he replied positively.

Marimo told the court that in his absence, Matimati would stand in in acting capacity.

The prosecution said Matimati could have assisted Zimra to open the documents since she was acting on that day, but Marimo insisted the documents did not belong to PHD Ministries, as he had not signed or stamped them.

The magistrate postponed the matter to May 24 for the ruling and trial continuation.

The financial statements showed that the church had realised sales amounting to $28 706 040,60, with the State alleging the accused did not declare or submit income tax returns to Zimra for the said period, violating the Income Tax Act.

The State alleges the accused did not honour the pay-as-you-earn tax, in violation of sections of Income Tax Act.

Newer Post
Chamisa in a fix over court ruling
Older Post
We have solutions to shortages: ED