All set for Zanu-PF ‘victory rally’ 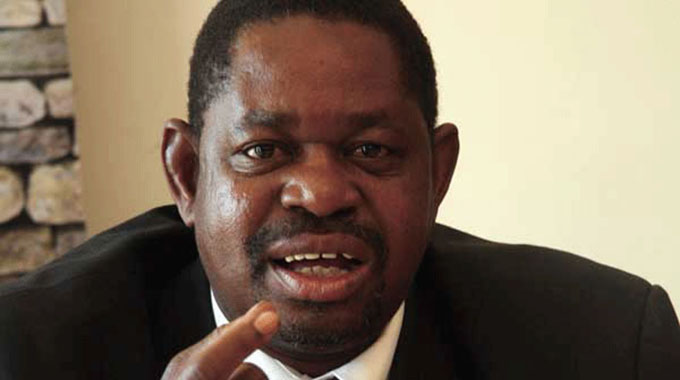 Source: All set for Zanu-PF ‘victory rally’ | The Herald

Zanu-PF winds up its highly-subscribed campaign ahead of Monday’s harmonised elections with a mega rally dubbed the “victory rally” at the 60 000-seater National Sports Stadium in Harare today.

President Mnangagwa — who is the revolutionary party’s First Secretary and President — will address the rally which will bring together youths, women and war veterans.

The Electoral Act compels political parties to wind up their campaigns 48 hours before Election Day.

Throughout their rallies, President Mnangagwa and his deputies, have attracted thousands of people and victory looks certain for Zanu-PF.

Vice President Constantino Chiwenga on the other hand, has travelled the length and breadth of the country addressing huge crowds that dwarfed those pulled by opposition parties, principally MDC Alliance which is an amalgamation of seven fringe political parties.

“All roads lead to the National Sports Stadium tomorrow (today) and no one should be left behind for it is a day for the whole world to know that Zimbabwe is not only open for business, but for peace and prosperity,” he said.

“The rally will be a mother of all rallies because it will represent the entire nerve and artery of our nation both as a party and as Government. We are the ruling party and therefore this is an opportunity for the nation to hear our illustrious President urging everyone not to forget the past and squander the future. We are a party with liberation war credentials, visionary leadership, unchallenged policies, a party of unity, peace and development.”

“We are expecting an overflow and have mobilised enough particularly from Harare itself as the host province, Mashonaland East, Mashonaland Central and part of Mashonaland West areas like Norton. We expect to fill the giant stadium and all is in place for that.”

He urged party members to guard against complacency.

“We must continue mobilising, victory is only after voting,” said Cde Mangwana.

“We must not relax to achieve a resounding victory. We are expecting the Youth Wing, Women’s League and war veterans to be part of the final rally.”

He said urged Zanu-PF to exercise maximum discipline considering that MDC Alliance would also be having their final rally in Harare today.

“We want our youths to show that when you are ruling party, you are mature and cannot be provoked and retaliate easily.

“Our members should show the character of our leader Cde Mnangagwa when provoked, that is exercising restraint. The Zanu-PF we have now is a tolerant party which accepts the existence of other parties. Our youths must be vigilant but exercising restraint at the same time.”

MDC Alliance spokesperson Professor Welshman Ncube said: “We are also going to have our final rally at Freedom Square in Harare. So far everybody has been disciplined in terms of keeping peace. We have had situations where we have held rallies about 500 meters apart from each other and everyone went about their business without any problem. That same spirit of respect should be with us given that we have had a violent free campaign. Though we have a contest, we remain Zimbabweans and we all want a better life. We just differ on how to get there.”

Police said they were ready to deal with any political mischief associated with the smooth running of the polls.