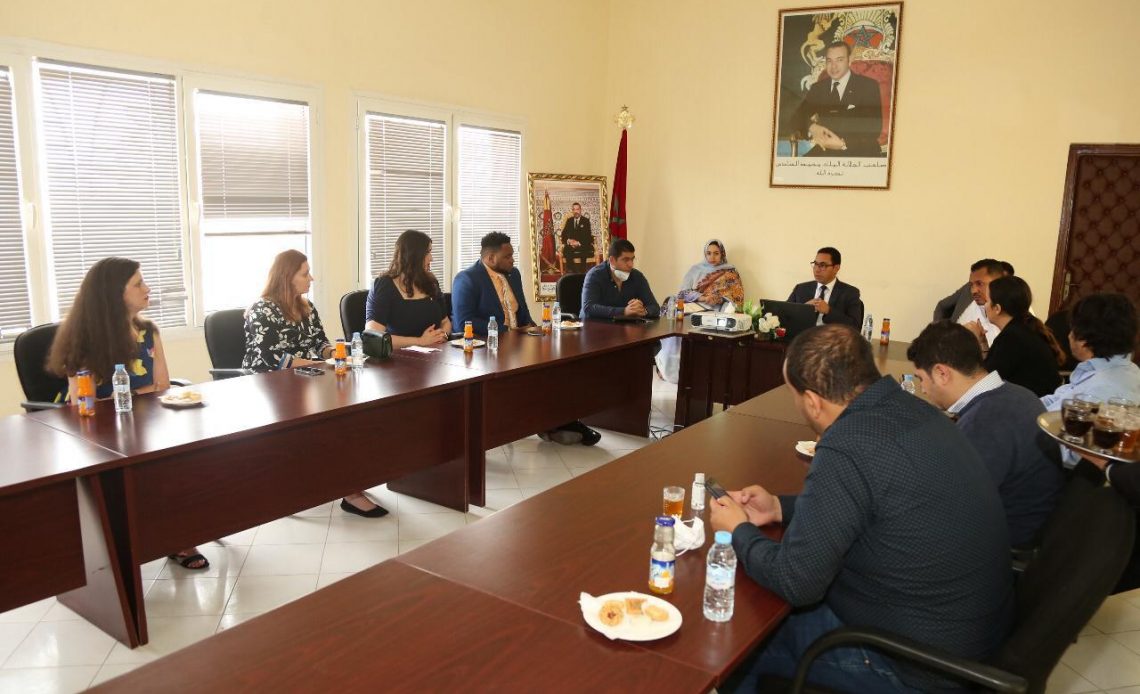 “There is a real potential here for young people to have a prosperous environment and I think this is something extremely important,”

THE Young Democrats of America (YDA), the youth wing of the US Democratic Party, recently completed a visit to the city of Dakhla, Western Sahara and have called on investors to tap into the region’s unexploited economic potential.

The YDA delegation held talks with the General Director of the Regional Investment Center (CRI) to identify investment opportunities in several productive sectors.

Mounir Houari, director of the CRI of Dakhla-Oued Eddahab, presented to members of the American Democratic Party the various investment opportunities in various sectors such as renewable energies, promotion of seafood, aquaculture, services and shops, as well as tourism.

A cooperation agreement was signed in order to boost relations in various fields, in the years to come, between the members of the two youth groups.

“There are many opportunities for investors to come and invest in Dakhla and share these resources with Africa,” YDA President Joshua Harris-Till said.

YDA were invited by the youth of the Authenticity and Modernity Party (PAM) for a four-day visit to Dakhla last week.

The leader of the youth of the American Democratic Party said the recognition by the United States of the full sovereignty of Morocco over Sahara “is only a first step”.

“There is still work to be done. American investments must take place in Dakhla,” he insisted.

Harris-Till also highlighted the importance of the socio-economic dynamics and the leading projects under way in the region for the future of the young people in the southern city.

“There is a real potential here for young people to have a prosperous environment and I think this is something extremely important,” added the head of this delegation who visited a pilot agricultural farm in the region.

Heather Brown, a member of the American Democratic Party, said that the authorities have a strategic vision on how this region could develop in the future, noting that this vision will allow Dakhla to “be an important port platform for all of Africa”.

Brown, who already visited Dakhla over 10 years ago to attend the ceremony for the presentation of the largest flag in the world, said she was impressed by the socio-economic development and the quality of infrastructure in Dakhla, assuring that the United States “will continue to be a partner and a friend of Morocco”.