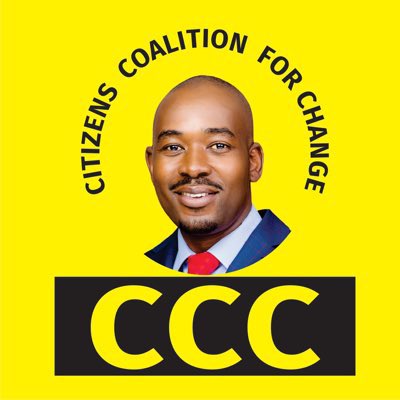 BY MOSES MATENGA
Opposition leader Nelson Chamisa has formed a new political party – Citizens Coalition for Change, a move he said will define a new course in Zimbabwean politics.

Addressing a press conference in Harare on Monday, Chamisa said they have dropped all that relates to MDC Alliance, as they have lost everything to State coordinated fights.

“We have left everything. We are number one in the country. You can’t stop us. Number one. It’s a done deal. The citizen is back at the centre. One man one vote … It’s not going to be easy … Citizens turn the turbines of a nation. Every Zimbabwean must be organized for change,” Chamisa said.

Chamisa said they have dropped the MDC Alliance tag and allowed the MDC-T led by Douglas Mwonzora whom he accused of working with President Emmerson Mnangagwa to “take the old.”

“We will go for the side meal as a starter. The main meal is in 2023 and we are ready. The people have spoken. They want change. We want a new game in town. A new great Zimbabwe is being born. We are here; we are having a new entity and new organizations. We have left the past. We represent new hope, joy, freedom. We represent ideas, solutions.”