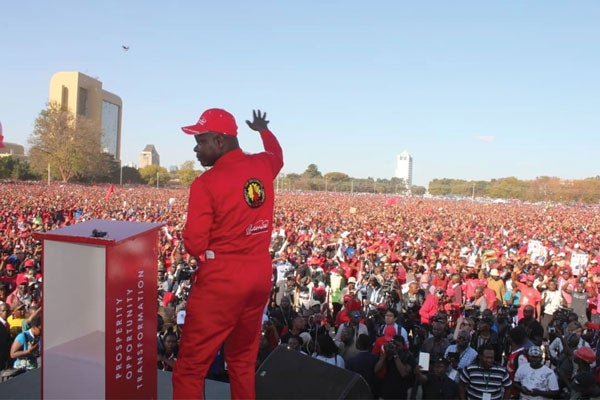 THE case in which Mkoba MP Amos Chibaya (MDC) is accused of trying to subvert a constitutionally-elected government was yesterday further deferred to June 28 by Gweru magistrate Teyengwa Sangster.

The State contends that between December 16 last year and January 2 this year, while at the MDC Alliance Midlands provincial offices, Chibaya communicated with Learnmore Magorimbo, the national chairperson for Zimbabwe National Youth Alliance (Ziya), a pressure group, to mobilise for a nationwide demonstration.

The court heard that on January 2, Chibaya also communicated with the entire MDC Alliance supporters by causing the publishing of a news article in a local daily newspaper, where he was urging for the subversion of a constitutional government.

As a result of the communications, the court heard that massive violent demonstrations occurred in Mkoba, Mtapa and Ascot high-density suburbs in Gweru and the accused was seen among the protesters.

The court heard that a number of properties were destroyed by demonstrators who had taken heed of Chibaya’s advice to overthrow the government using unconstitutional means.

Through his lawyer Reginald Chidawanyika, Chibaya is denying the charges and arguing that they were fabricated in order to punish him for being an active member of the opposition party.