Command agriculture not a fallacy: Karoro 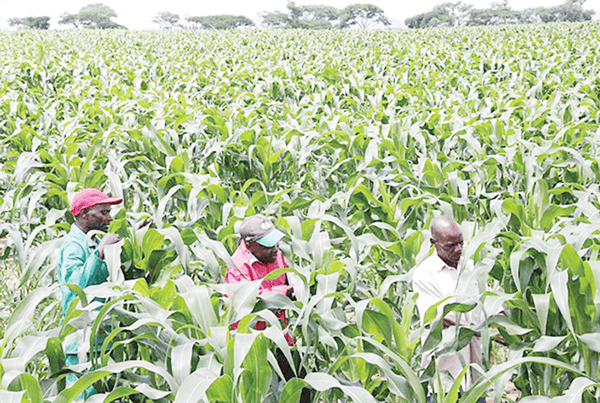 GOVERNMENT has claimed that its command agriculture programme (CAP) has been a success with several farmers readily accessing inputs.

Critics have slammed the programme saying it was mired in corruption with no clear evaluation and monitoring measures.

But Lands and Agriculture deputy minister Douglas Karoro told NewsDay that the scheme had achieved its set goals since inception.

CAP is a contract farming scheme introduced in 2016 with the government channelling billions of dollars towards it.

“Command agriculture, now the National Enhanced Agriculture Productivity Scheme (NEAPS), is financing capital projects such as irrigation development, which is used as a measure to mitigate the effects of climate change, attributed to mid-season droughts,” Karoro said.

“Farmers can also access irrigation and mechanisation equipment through other facilities available to cushion them from climate change. The coming on board of the Agricultural Finance Corporation also opened avenues for farmers to access long-term capital to finance irrigation development
projects.”

However, economic analyst John Robertson said the scheme was a failure as banks could not lend money to farmers who could not use land as collateral.

“The scheme was a big fallacy since banks can no longer lend money to farmers, and farmers cannot use the land as collateral because all the land belongs to the government.  This was declared in 1997. Farmers are not able to sell the land because it’s now State property,” Robertson said.

“Government is giving out free inputs to farmers because farmers can no longer afford to buy these inputs and hence it (CAP) is a big fallacy,” Robertson said.