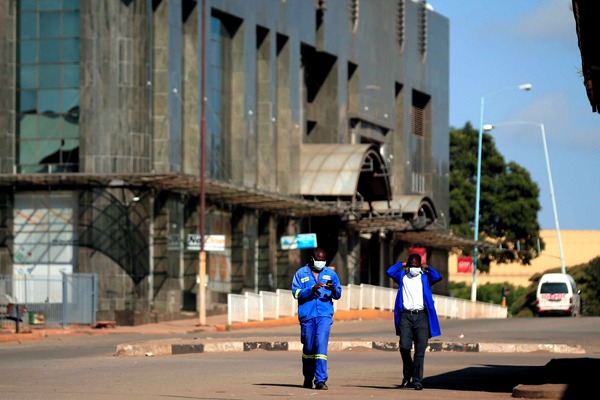 NEW research has revealed that the COVID-19 measures instituted during the first wave of the pandemic in Zimbabwe such as quarantine and suspension of tourism were effective in curbing its spread.

The research done by the United Kingdom’s Quadram Institute working with scientists in Zimbabwe studied how SARS-CoV-2 variants were introduced and transmitted in Zimbabwe during 2020.

It was based on genomic sequencing of 156 positive samples taken from eight provinces including Harare and Bulawayo from March to October 2020.

The initial phase was between March and June 2020 and was linked to international travel from Asia, Europe or the United States as well as neighbouring African countries.

The first patient was a 39-year-old man from Victoria Falls who had travelled to Manchester, the United Kingdom, on March 7 and returned on March 15 via South Africa.

Public health measures that government and stakeholders put in place in the first phase were said to be pivotal in delaying local transmission.

Part of the public health measures taken by Zimbabwe included identifying the need to understand the detailed genetic epidemiology of SARS-CoV-2, its behaviour in terms of transmission, its capacity to mutate and its virulence.

National Microbiology Reference Laboratory scientist Tapfumanei Mashe said: “Our experience of genomic sequencing of SARS-CoV-2 highlights the value of being able to build a very detailed picture of the virus and track its mutations for the potential to increase transmissibility, change virulence or influence the development of effective
vaccines.”

Rob Kingsley, group leader at the Quadram Institute and professor of microbiology at the University of East Anglia, the United Kingdom, said: “The UK has been able to sequence COVID-19 at considerable scale but far less is known about the epidemiology of this disease in Africa.

“This research, undertaken with our colleagues in Zimbabwe, helped track the spread and evolution of the virus in order to help inform public health measures.”