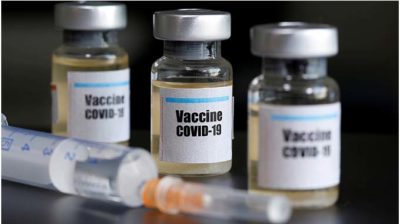 Leonard Zhou and his wife wake up early in the morning every day to sell floor polish and sweeping brooms [mitsvairo] in the communities of Chitungwiza, leaving behind their three children on their own at their rented one-roomed cottage in St Mary’s suburb.

For close to a decade, this had been Zhou’s trade since he lost his job at a garment-making company in Harare.

He has been living in St Mary’s for the better part of his adulthood, one of the oldest and most populous suburbs in Chitungwiza regarded as the melting pot of poverty, malnutrition and vice.

“I stay in St Mary’s because that’s where I can afford to stay,” said Zhou.

“I have been living from hand-to-mouth since I was retrenched from my job in 2011. I have a young family and it has been difficult to fend for them.”

Zhou said he shares the single room with his family, with a few belongings piled in a corner.

There is no tap water and they have to fetch the precious liquid from an unprotected well in the neighbourhood.

“Every day except Sunday, I wake up with my wife to move around selling floor polish and sweeping brooms in the communities around Chitungwiza,” said Zhou.

“Sometimes we travel to Waterfalls and Hatfield suburbs (in Harare) and on many occasions, we travel on foot.

“We normally leave our children on their own with the eldest, who is 12 taking care of them.”

Zhou said in most instances they leave their children with nothing to eat or they would eat food left from the preceding supper.

“These children have nothing to eat, especially in the morning. My wife comes earlier and cooks a meal, which doubles as breakfast and lunch because we can’t afford three meals.”

Zhou is among hordes of families living in abject poverty in urban areas in Zimbabwe and in need of food.

These people are also susceptible to infectious diseases such as TB, cholera, dysentery and sexually-transmitted infections (STIs).

The World Food Programme [WFP] estimates that 2,4 million urban Zimbabweans are in need of food assistance.

The organisation’s latest ‘Cost of a Plate of Food’ report also revealed that a meal costs a working person in Zimbabwe, nearly 22 % of their income.

People like Zhou, just like any person in the informal sector, have been adversely affected by the Covid-19 pandemic.

“Our situation has been worsened by the Covid-19 outbreak. There have been travelling restrictions, lockdowns and curfews which have affected our business,” Zhou said.

“Even our customers no longer have that spending power because of Covid-19. This means we don’t have that income to feed our families… At times we go to bed on empty stomachs.”

According to WFP, over a quarter of the country’s urban residents are resorting to skipping meals almost daily, and only 54 % are eating an acceptable diet.

This year’s edition of The State of Food Security and Nutrition in the World’s released last week estimates that around a tenth of the global population – up to 811 million people – was undernourished last year.

The number suggests it will take a tremendous effort for the world to honour its pledge to end hunger by 2030.

“Unfortunately, the pandemic continues to expose weaknesses in our food systems, which threaten the lives and livelihoods of people around the world,” the heads of the five UN agencies write in this year’s report’s foreword.

The State of Food Security and Nutrition in the World report says more than a third of all undernourished people (282 million) live in Africa.

The situation in Zimbabwe has been exacerbated by the decaying economy which shrunk by 20% last year coupled by the advent of the Covid-19 pandemic.

Annie Mangadze, who lives in St Mary’s Paradise area, takes care of her three children including two living with adisability and said all is not well as they sometimes have to forego some meals.

“It has been a torrid time taking care of my son Mike who is living with disability and the other siblings after the death of their father,” said Mangadze.

“My situation is so unique because I have two other children with disabilities. I am not employed and I rely on vending where we go and sell wares outside Harare, especially at farms in Chegutu.

“We no longer go there because of Covid-19 restrictions. The situation is so dire and I am struggling to take care of my family. Sometimes we go to sleep on empty stomachs.

“We were almost kicked out of this house because of rental arrears. Life is just tough for me and my children.”

Mangadze said food aid from government, humanitarian organisations, churches, civil society organisations and individuals has been reduced, as a result of Covid-19 and lockdown measures having disrupted business operations.

She said a few who visited her came under the pretext of some political parties, but they didn’t deliver on their promises.

“They know how vulnerable we are. They come, write our names down and promise to come back, but they go for good,” she said.

Mangadze said the support she last got came from the Alfred Dondo Foundation in October last year.

Zhou’s wife is worried about her children and conceded they were not having enough food, except the maize porridge they eat, especially in the morning.

“These children hardly have food to eat. Sometimes we give them porridge in the morning and the food lacks important vitamins and minerals, which might cause malnutrition,” she said.

Around 45% of deaths among children under five years of age are linked to undernutrition.

These mostly occur in low- and middle-income countries. At the same time, in these same countries, rates of childhood overweight and obesity are rising.

Chitungwiza health services director Tonderai Kasu said the council was working in collaboration with the Health and Child Care ministry, Unicef and Mavambo Orphan Care in implementing various nutritional programmes in the town.

“Chitungwiza Municipality’s health department with support from Unicef and the ministry of Health has conducted training workshops targeting health workers on management of acute malnutrition, WHO growth standards and active screening,” Kasu said.

“The workshops are aimed at improving the knowledge and skills of health workers in offering nutrition services in our facilities and the community at large.

“Our community health workers conduct scheduled door-to-door visits in the community and conduct household health education sessions on infant and young child feeding, including active screening of malnutrition and defaulter tracking of children that would have missed Vitamin A supplementation and growth monitoring visits.”

Kasu said the local authority was also providing Vitamin A supplementation to children aged between six and 59 months at council health facilities that offer immunisation services.

“For severe acute malnutrition, council has a referral link with Chitungwiza Central Hospital where patients are provided with the next level of care,” he said.

“Chitungwiza council’s health department in collaboration with Mavambo Trust is providing emergency food relief to orphans and vulnerable children whose vulnerability status has been worsened by Covid-19.

“The beneficiaries are receiving corn soya blend and bars of soap to promote handwashing and prevent Covid-19.”

The African Development Bank, the Aliko Dangote Foundation and Big Win Philanthropy on Wednesday renewed their commitment to end child stunting and other forms of malnutrition through the Banking on Nutrition Partnership.

“The bank is relentless in pursuing bold targets to unlock Africa’s human and economic potential.

“It is our aim to inspire other actors to recognise nutrition as central to that agenda,” said Beth Dunford, vice-president, agriculture, human and social development complex, African Development Bank.