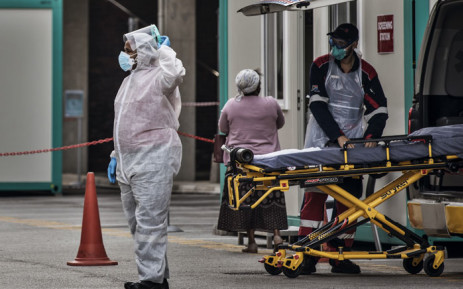 HEALTH expert and Mpilo Central Hospital acting chief executive officer (CEO) Solwayo Ngwenya has urged Zimbabweans not to read too much into the issue of deaths caused by the Norwegian COVID-19 vaccine, saying that such phenomenon was common in the medical field.

Ngwenya told NewsDay in an interview that Zimbabweans should accept the COVID-19 vaccines without fear in order to avert further deaths.

Twenty-three people died in Norway within days of receiving their first dose of the Pfizer COVID-19 vaccine, with 13 of those deaths apparently related to the side-effects of the serum.

All 13 were nursing home patients, and were at least 80 years old.

Chief physician at the Norwegian Medicines Agency, Sigurd Hortemon, was quoted by the Press saying that common reactions to the vaccine, including fever and nausea “may have contributed to a fatal outcome in some frail patients”.

The issue of the deaths then heightened scepticism about the COVID-19 vaccines in the country at a time the government is in the process of engaging China, Russia and the World Health organisation with the view of vaccinating at least 80% of the population, which translates to about 11 million people in the country whose population is estimated at more than 14 million.

Britain has offered to vaccinate 20% of Zimbabwe’s population which covers three million vulnerable people in the country.

Government also recently announced that a COVID-19 policy was on the cards.

Ngwenya said the Norwegian deaths was something that Zimbabweans should not lose sleep about.

“In medicine when you give someone a drug, they can react to it. Some people react violently to the drug and end up dying. I think what’s happening now with this drug being given to the elderly, is that it causes them to react. It’s like going into a shock of some sort. It’s called cytokine storm,” Ngwenya said.

“What happens is that your own body sees an invader inside, and it calls soldiers and most of the soldiers are cytokines. The body overreacts, and then you go into shock and you collapse and die. It seems to have happened with the elderly only. We do not know the reasons, but obviously the Norwegians will do more studies.”

He said most people die from the cytokine storm which is triggered by the virus, and not the vaccines.

Recently, there was mass hysteria over the COVID-19 vaccine, following by a lot of myths peddled on social media which resulted in some citizens indicating that they would refuse to be vaccinated.