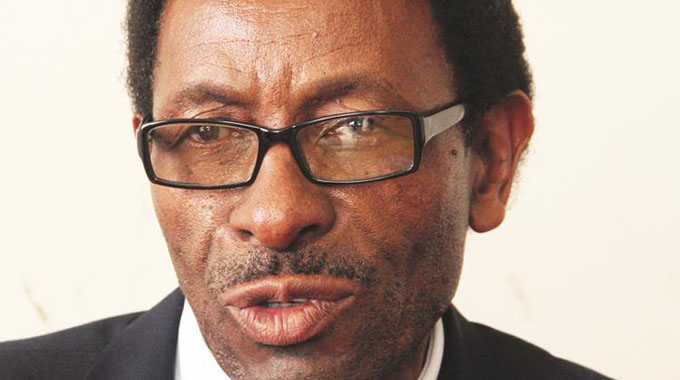 Tichaona Zindoga Political Editor
Harry Peter Wilson, leader of the Democratic Official Party (DOP) says he will seek the creation of a “government of national unity” for Zimbabweans to work together to turn around the economy. The party’s manifesto is dubbed eponymously “Government of National Unity Manifesto”.

A presidential candidate in the July 30 harmonised elections, Mr Wilson says if elected, his focus will be to bring in experts who can engender economic prosperity and compensate for losses arising from two decades of Zimbabwe’s relative isolation.

He said over the years, pensioners lost savings and his prospective government would restore wealth while also ensuring that with an economic growth trajectory, workers receive minimum wages on a sector basis.

However, Mr Wilson dismissed lofty promises being made by some candidates as childish and unrealistic, saying Zimbabwe had basic needs to be met first.

“To all Zimbabwean citizens, the only victory we should seek is the victory as a whole,” he said.
“We will form a government of national unity dedicated to political consensus, committed to reforms and corporate decision-making after these crucial Presidential elections to fulfil the aspirations of all Zimbabweans to engage and assist in developing our country.

“The GNU will also be adopted to create and build as self-sufficient Zimbabwe beyond aid from China, Britain, the USA and other international donors,” said Mr Wilson.
He explained that his version of GNU would act as a transitional mechanism.

“The stability of the country will be strengthened by a government of national unity with all recognised political parties, including zanu-pf and MDC.

“The next five years will be crucial as this is a period of transition as we come out of 37 years of (former President) Mugabe’s rule and also note that despite being given the chance between 2009 and 2013, the MDC failed to make a difference in the lives of Zimbabweans and governance in the country.”

DOP says it recognizes principles of national participation, human rights, merit, honesty and commitment to reform.
It seeks to create peace, security, rule of law, justice, economic growth and delivery of services with particular bias towards women and young people.

In terms of the economy, the party seeks to reopen industry and create jobs for all.
The party’s plan is to boost agriculture by aiding farmers with capacity building and marketing opportunities.
The party says banks will be able to lend and dispense cash, reversing the current crunch and ensuring that people have disposable incomes.

Socially, the party seeks to bring together Zimbabweans of all colours, eliminate gender inequality and stem migration from the country as people seek better opportunities outside.

The party says it is conscious of the environment and will introduce policies that are aimed at tackling climate change, global warming and pollution.

Mr Wilson pledged: “We do not distrust the future of essential democracy. The people of Zimbabwe have not failed, all they need are direction and leadership and we are ready, as DOP, to provide that.”