‘Dream on’, Zim president says of government of national unity

‘There are no prospects of a GNU with losing candidates’, Mnangagwa insists, saying Zanu-PF will rule the country for five years.

Source: ‘Dream on’, Zim president says of government of national unity – The Citizen 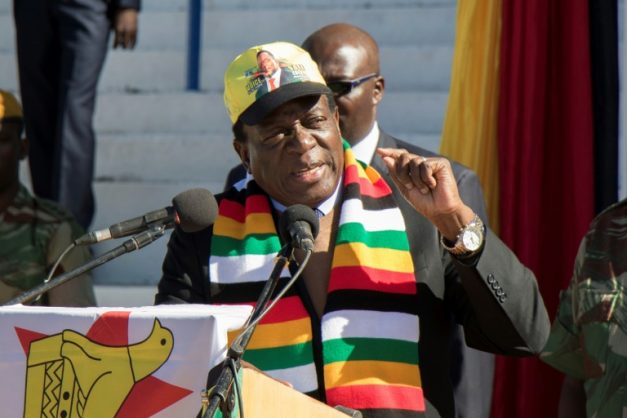 Zimbabwe President Emmerson Mnangagwa has put to rest speculation that the ruling Zanu-PF party will enter into a government of national unity (GNU) with the losing MDC Alliance.

Addressing party members at the Zanu-PF central committee meeting today, Mnangagwa said those who wished for a GNU “must dream on” since Zanu-PF clearly won the elections and will rule for the next five years as espoused in the Constitution.

“We had our peaceful and non-violent elections, which we won with more than two thirds,” the president said.

Mnangagwa polled 50.8% of votes against 44.3% by his closest challenger Nelson Chamisa of the MDC Alliance. Zanu-PF won 179 parliamentary and senate seats, against the MDC Alliance’s 88 seats.

“Those who are championing for a GNU are dreaming. We shall rule for five years as is stated in the Constitution and at the moment we are pre-occupied with economic development of our nation,” Mnangagwa said.

MDC Alliance leader Chamisa says that the country’s economic situation will remain dire until a solution is found to the legitimacy question that he is pursuing.

It appears that the opposition leadership has aborted its confrontational politics with hopes of dialogue with Zanu-PF. The MDC Alliance has, however, set terms and conditions for the proposed dialogue.

But Mnangagwa shattered the hopes for such an arrangement as he categorically said “there are no prospects of a GNU with losing candidates”.

The Zimbabwe Council of Churches (ZCC), which has been pushing for talks between Mnangagwa and Chamisa, recently said both leaders were uncompromising and this was negative for chances of dialogue.

The ZCC said it had hoped that talks would allow the country’s economy to recover.

When he ascended to power, Mnangagwa said that “Zimbabwe is open for business”. The president has been engaging with the international community in a bid to end the country’s pariah status as he tries to regain the economic glory that Zimbabwe held as “the breadbasket of southern Africa” by 2030.