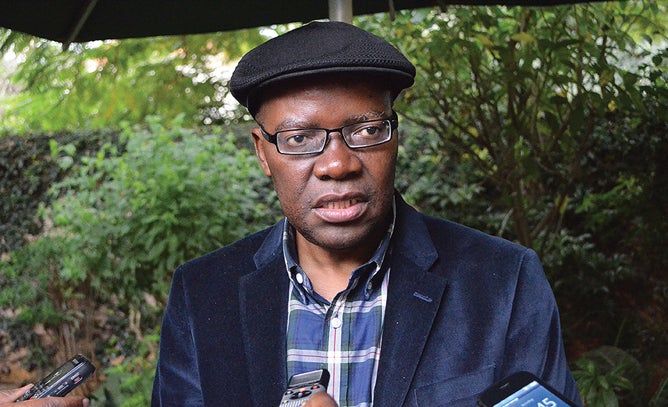 PRESIDENT Emmerson Mnangagwa could have blown in excess of US$200 million in travelling expenses since he came into power in November 2017, former Finance minister Tendai Biti has said.

Mnangagwa, who has been in power for a little over a year, has made close to 38 foreign trips aboard a chartered plane which, according to internet research, charges no less than US$4 million a trip.

Biti, who is also the MDC deputy president, said the President gallivants, while the country was in continuous darkness because of load-shedding, which has seen most of the country without power for up to 18 hours daily.

“Mnangagwa hires a plane at the cost of US$4 million, just to travel to Bulawayo. Since he was sworn in as President in August of 2018, Mnangagwa has made 36 trips. In all the trips, his transport is $4 million. Do the maths, 36 multiply by $4 million. That is over $120 million in travelling costs alone,” Biti said.

“What kind of a President are you? Have you no shame? He is a thief because a real President will respect his people. Even [former President Robert] Mugabe used to use Air Zimbabwe, but this President we have has failed to deal with (corruption).”

Biti was addressing a rally in Harare on Sunday.

The cost estimations by Biti did not include the recent trips to Rwanda and the ongoing Africa Union trip to Niger.

He also said travel allowances were also not factored into the tally, pushing the travel and substance costs outside the country by Mnangagwa to over $200 million in under a year.

“Why are you stealing people’s money? Why have you removed the US dollar? We refuse an economic agenda; we refuse an economic policy whose function is to destroy the values of people’s wealth. You have stolen people’s salaries, to fund your own luxury lifestyles while bankrupting the nation,” Biti said.

“He has to travel. We all have to travel. If we don’t, we won’t be playing the game. If I don’t go to China, for instance, I can’t close the deal over a phone from Harare. We have to meet the players and he has to be there. So, yes, there is a cost, but it’s a necessary cost,” Ncube told NewsDay last week.