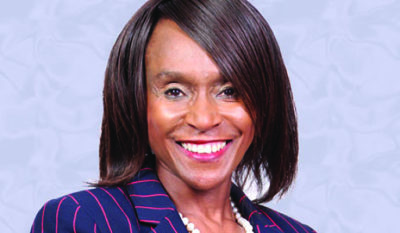 BY EVERSON MUSHAVAGovernment is losing millions of dollars through payments to a company  called Twenty Third Century Systems (TTCS), a digital transformation solutions provider that is failing to complete jobs that public entities would have contracted it to do.

This was revealed during investigations by The Standard, working in collaboration with Information for Development Trust, a non-governmental organisation that supports journalists to probe bad governance and corruption.

TTCS has been securing contracts for systems, applications and products (SAP), software implementations and upgrades from government departments, but has failed to deliver despite being paid in full.

This is despite the fact that SAP Africa (Pty) Limited, a subsidiary of the giant German business outfit, cancelled its partnership with TTCS in 2019 over undisclosed reasons, but it is widely suspected that the move was linked to malfeasance.

Without the partnership, it means TTCS cannot secure licences required when companies want to implement SAP or expand their number of users.

However, several parastatals are still contracting TTCS, in some cases without going to tender, investigations revealed.

And, to add to the mystery, several of the state-owned entities are still struggling to have the projects completed, three years after the expiry of the contracts.

The exact financial losses could not be immediately ascertained, but sources estimated them to run into millions.

The Insurance and Pensions Commission (IPEC), Civil Aviation Authority of Zimbabwe (Caaz) and the Zimbabwe Revenue Authority (Zimra) are also among the parastatals that are battling to have TTCS complete SAP system implementations and upgrades on expired contracts.

TTCS was awarded a two-year SAP implementation contract by GMB in November 2017.

A December 12, 2019 letter to TTCS by GMB listed a plethora of outstanding jobs after the expiry of the contract, among them the implementation of role matrix configuration, monthly depreciation run, treasury module, payroll module, quality management, the HCM module and hardware for DRP Site.

“Please, take note that the SAP implementation contract between Grain Marketing Board and yourselves expired on November 8, 2019 in terms of Clause 2.11 of the same,” part of the letter to TTCS by GMB finance manager, one C Gutsa, read.

“Be that as it may, we have noted with great concern that there remains numerous outstanding works as listed hereunder.”

GMB corporate communications officer Joseph Katete did not respond to questions emailed to him more than a week ago despite follow-ups.

Zinara also awarded an SAP database migration contract to TTCS and minutes from the roads management agency’s meeting with TTCS showed that, three years on, there was still a lot of outstanding work to be done, yet the contract had already expired.

These included the failure by TTCS to avail to the roads agency SAP licences even though Zinara had already paid.

The failure to produce the licences seem linked to the cancellation of the contract between SAP and TTCS.

Zinara spokesperson Tendai Mugabe acknowledged that the agency was seized with the problems and was doing all it could to rectify them.

“Those are legacy issues and Zinara is currently seized with correcting them,” Mugabe said.

The CMED engaged TTCS for the SAP S4 Hana Implementation and several works are still outstanding, two years after the expiry of the contract while IPEC is still struggling to secure 35 SAP licences for additional users purchased in 2018 at a cost of US$198 000.

CMED also did not respond to questions sent more than a week ago.

TTCS is yet to deliver the CRM module that is part of the contract with IPEC.

IPEC commissioner Grace Muradzikwa has now written to TTCS threatening legal action should the company fail to avail the licences.

“Please be advised that failure to respond to the above no later than 25 March will result in the commission seeking legal recourse on this matter,” Muradzikwa wrote to TTCS managing director Michael Gonese on March 23 this year.

“The matter is now affecting the smooth flow of IPEC operations at large given that the SAP system is at the core of the commission’s business processes.”

Muradzikwa added: “We write with concern following TTCS’ breach of clause 9.10 and 9.11 of the contract between TTCS and IPEC, wherein your organisation was engaged with the expectation to supply all elements of the SAP system, including but not limited to procurement of licences for 35 additional users from SAP Africa Region, in line with the signed contract.

“As the sole agent of SAP prior to the cancellation of the TTCS contract with SAP Africa Region in June 2020, TTCS was obliged to deliver additional 35 licences.

“However, it must be highlighted that IPEC has not been granted approval by SAP Africa Region to confirm use of the 35 additional licences.”

TTCS has promised to deliver the licences, despite the cancellation of the partnership with SAP Africa, which the latter confirmed.

“We regard our partner base as a critical and necessary extension of our operations and future success.

“All business transactions through a member of the SAP ecosystem must be in full compliance with the SAP partner code of conduct and all applicable laws, rules, regulations and policies.”

Sieff refused to disclose the reasons why the TTCS partnership was cancelled.

“Unfortunately, we are not able to share details beyond the statement as it pertains to specific reasons,” Sieff said.

But, in 2019, SAP confirmed the partnership was cancelled because TTCS was implicated in bribery of Tanzania Port Authority officials to secure a US$6.6 million software contract in Tanzania.

The tender involved the provision of software licences and services.

SAP said it received complaints and acted immediately by suspending TTCS as a channel partner.

Then, the German software giant said it was not allowing TTCS transactions “without undergoing an independent assessment by external counsel”.

However, TTCs said its partnership was ternimated after it failed to pay for licences for its clients to SAP owing to foreign currency shortages in the country. That position was also confirmed in Zinara minutes.

Interested parties have complained that Zimbabwe’s Rural Electrification Fund (REF) awarded a contract to TTCS without going to tender.

The REF confirmed awarding the tender to TTCS, but defended the decision saying it “feared disruptions of the system”.

Nyamayedenga  said the tender was awarded in terms of section 33(b) (d) (f) of the Public Procurement and Disposal of Public Assets Act (22:23).

“The basis of the award of this tender is that TTCS implemented the REF system live environment and are currently supporting the system as well,” he said.

He, however, did not explain how not engaging TTCS would disrupt the system, and REF failed to provide documents to support approval by the Procurement Regulatory Authority of Zimbabwe (PRAZ) to directly appoint the contractee.

Sources within REF disclosed that there was an order from “high offices” to award TTCS the tender, shutting out other companies that would have qualified to bid.

TTCS did not respond to questions sent to it, but last week released a statement after The Standard sought comment, accusing “a new entrant” of sponsoring a smear campaign of the company in the market.

Gonese, the TTCS managing director, accused the “new entrant” of spreading false information and influencing wording of tender documents to include an unfair clause that says: “bidding companies should be SA- certified partners to carry out the required service”.

“This clause has been included in some tender documents, in some cases as an afterthought in order to foreclose other competent bidders in participating in the bidding process,” Gonese said.

“Please note that this clause is discriminatory and unfair practice and meant to eliminate companies with a strong track record, experience and certified SAP consultants so that they would not be accepted in any tender.”

He claimed that TTCS remained the most experienced and resourced to offer SAP support services, since the cancellation of the partnership only affected licencing.

TTSC was also once accused of bungling NSSA’s accounting system and causing prejudice worth thousands of dollars.