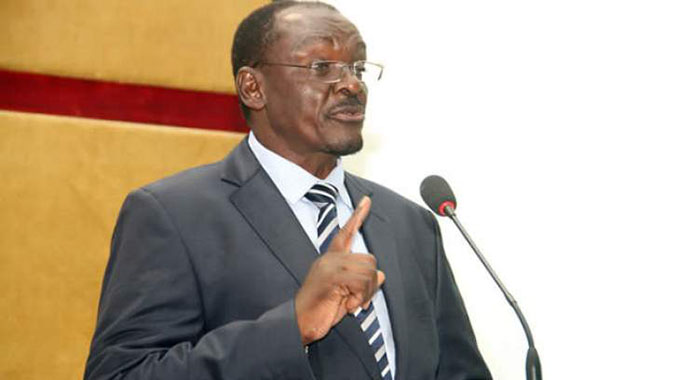 Tongaat is one of the country’s biggest employers with over 15 000 permanent and contract workers and it also owns Zimbabwe’s only two sugar mills at Triangle and Hippo Valley.

The firm has been hogging the limelight of late following a protracted dispute with indigenous outgrower cane farmers in the Lowveld who benefited from the land reform programme, over the sharing of proceeds.

Outgrower farmers have been lobbying Government to intervene in the Division of Proceeds dispute with Tongaat after cane milling charges were hiked from about 17 percent to 23 percent, a situation that was affecting the viability of most farmers.

Tongaat has also been at loggerheads with new farmers over DOP deductions backdated to 2014.

Addressing a bumper crowd at Tshovani Stadium over the weekend, VP Mohadi said Government wanted to meet the company’s management this week to find common ground to problems in the Lowveld sugar industry.

“We have Tongaat Hulett that grows sugarcane here and in South Africa in Durban, but here the sugar is grown on our land and locals can also grow the crop and be prosperous,” he said.

“I know you have problems with the company, the chairman (Zanu-PF Masvingo chair Cde Ezra Chadzamira) said some of you are worried about job security and as Government we want to assure you that your jobs are safe.

“I told the chairman (Cde Chadzamira) that I want the chief executive of the company to come to my office so that we speak with him to find the source of all the problems.”

VP Mohadi assured Tongaat employees that Government was concerned about the security of their jobs.

The workers wanted Government to guarantee that Tongaat’s cane fields will not be taken over for allocation to the landless.

“We have issues of Tongaat employees who feel their job security is at stake just because some of the cane fields which they were working on have now been allocated to new farmers, forcing the company to shed its workforce,” said VP Mohadi

“The employees also requested for land to build houses and we are glad your Government has availed land for the development of the houses.”

VP Mohadi announced that Government availed 700 hectares for Tongaat to build houses for its employees in an $18 million project to be rolled out under the firm’s pension scheme.

The land will be given to Tongaat through Chiredzi Town Council and will see the firm building about 10 000 houses in Chiredzi.

“Tongaat Hulett also want land to build houses for their employees and Minister July Moyo, who is the Local Government Minister heading a ministry under my jurisdiction gave (Chiredzi Town) Council 700ha for the company to develop houses,” said VP Mohadi.

“So, when the Tongaat head (Mr Mtsambiwa) comes to my office on Wednesday I want him to tell me when they are starting to build the houses. We also have outgrower farmers who want land to build their own houses.

“Deputy Minister of Agriculture (Davis Marapira) said they have already identified land for farmers to build their houses.”

During a recent visit of the Parliamentary Portfolio Committee on Lands and Agriculture, Mr Mtsambiwa said his company expected Government to solve the issue of ownership of 4 000ha of cane fields that were allocated to outgrower farmers before Government reversed the move and withdrew offer letters for the land.

The cane fields are still under occupation by the new farmers after they went to court and challenged Government’s decision to withdraw the offer letters.

Tongaat also want a lease for their cane plantations for the company to be guaranteed of its investments.

The Lowveld sugar producer also wants Government to give the company land to develop about 4 000ha into cane fields under a project dubbed Kilimanjaro that will cost $40 million.