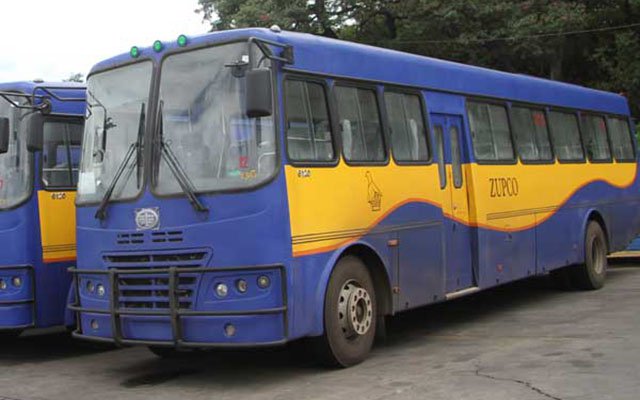 SEPs such as Zupco, the National Railways of Zimbabwe (NRZ) and Zesa, are some of the struggling firms that have been relying Government support.

Africa Moyo Business Reporter
STUNG by the unabated decline in the performance of State Enterprises and Parastatals (SEPs), Government has withdrawn wholesale support for the firms — 70 percent of which are technically insolvent owing to gross mismanagement — unless they provide bankable turnaround strategies.

Last year’s financial audits show that 38 out of 93 SEPs incurred a combined $270 million loss, attributed to weak corporate governance practices and ineffective control mechanisms. SEPs, which have been run down by management whose focus is drawing salaries — increasing them in some cases despite their underperformance, are now seen as “an actual or potential drain on the fiscus”.

Presenting the 2018 Budget, Minister Chinamasa said Treasury had been inundated with requests for direct budgetary support for recapitalisation by SEPs.

However, in most cases the requests “lack adequate justification and hence, only pose further fiscal risks”.

“Fiscal balance under the ‘New Economic Order,’ however, necessitates that public enterprises, including local authorities, cease to exist just to pay salaries and wages, and incur financial deficits.

“Hence, Government is, beginning 2018, putting a stop to unabated flow of Budget resources to public enterprises and local authorities without any returns, either through dividends or meaningful public service delivery.

Government had already initiated moves to “bury” all underperforming SEPs and remain with only those that are operating profitably and/ or have declared a dividend.

NSSA, NOIC and Agribank are among the fewer firms that have declared dividends.

NSSA board chairman Mr Robin Vela told The Herald Business last week that the parastatal was doing well, and has a balance sheet of $1,5 billion and a profit of $165 million.

It is also going to pay a bonus to both employees and pensioners this year.

Agribank has also declared a dividend of $914 000 to its shareholder for the year to December 2016. Government decided to reinvest the dividend into the business to finance its operations.

SEPs such as Zupco, the National Railways of Zimbabwe (NRZ) and Zesa, are some of the struggling firms that have been relying Government support.

Minister Chinamasa said SEPs that exhibit potential “will be reformed, while those which cannot be rehabilitated will be privatised or face outright closure”.

“Our public enterprises remain a drawback through their inefficiencies, with their contribution to the economy down from around 60 percent to current levels of about 2 percent,” said Minister Chinamasa.

“Their inefficient operations are a drain on the Budget, over and above serving to worsen the high cost of doing business in the economy,” he said. Despite the under-performance of these entities, management at most parastatals continues to enjoy huge salaries and benefits, which breach Cabinet’s directive of packages not to exceed 30 percent of total revenues,” said Minister Chinamasa.

In a bid to improve corporate governance in SEPs, Government has since developed the Public Entities Corporate Governance (PECG) Bill, which, together with the respective regulations, is being finalised.

Among other provisions of the PECG Bill are that heads of SEPs who receive salaries and benefits beyond the threshold are punished, while board members should declare their financial standing.

Furthermore, Government says through the PECG Bill, days of no boards, incomplete boards, one man boards, non-existent board committees, indefinite acting CEOs, finance directors and heads of internal audits are over.

Remuneration is also expected to be based on performance and assessed on the individual and the entity.

Similarly, bonuses, if they are to be paid, would only be done on the basis of annual performance assessments against agreed performance targets and only after annual audited financial assessments confirm a satisfactory overall entity performance.