MILLIONS of Zimbabweans are staring a health catastrophe in the face owing to a shambolic management of sewer systems by urban local authorities, an investigative audit by Auditor-General Mildred Chiri has revealed. 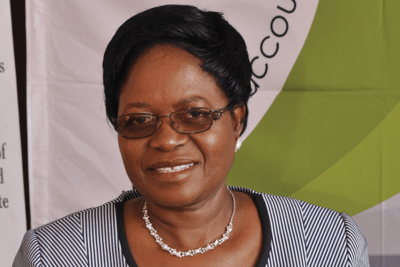 Zimbabwe has been caught in a vicious cycle of water-borne diseases for decades because water and sanitation infrastructure has been collapsing rapidly.

More than 4 000 people died in 2008 in the country’s worst cholera outbreak. Since then, sporadic outbreaks of cholera and typhoid have hit many urban centres.

An outbreak of diarrhoea infected at least 1 500 people in the second largest city of Bulawayo in June, killing nine.

Chiri’s Value For Money Audit Report on the Management of Sewerage Systems by Urban Local Authorities Under the Ministry of Local Government, Public Works and National Housing reveals that the treated sewage effluent which most urban local authorities use to recharge their surface water sources, is “extremely toxic”.

“The Environmental Management Agency revealed that the best classification that sewage effluent can get is the yellow class under its effluent pollution classification system. The classification ranges from blue which represents clean effluent, green is fairly polluted effluent, yellow is toxic effluent and the red is extremely toxic effluent,” reads the reports.
“Sadly, most of the local authorities fall in the red class which poses a threat not only to the environment, but to human health as well.”

A sample of six out of 32 urban local authorities were selected for the audit covering the period January 2013 to June 2017. These are Bulawayo, Harare, Masvingo and Mutare city councils as well as Chitungwiza and Marondera municipalities.

The audit found that despite all six authorities having systems in place for the management of sewage, they were not maintained on a regular basis to ensure they are properly functioning.

“There was evident lack of proper planning, scoping, inspection, maintenance and evaluation of sewer projects leading to increased rates of sewer blockages,” the report points out.

“In most cases local authorities took two to three days to attend to these due to non-availability of vehicles and delays in the procurement of materials. Bulawayo and Mutare City councils and Chitungwiza municipality were taking time to procure materials. The delays ranged from two to 347 days,” the report says. “In the case of Bulawayo the rate of repair within 24 hours was 94,1% in 2013 but drastically dropped to 30,9% by 2017. What exacerbated this situation in some instances was the lack of manpower to do the work.”

The report points out local authorities failed to complete sewer infrastructure rehabilitation projects on time and in some cases they commissioned incomplete projects.

They also implemented some projects without proper scoping leading to delays in their completion by an average of two years, negatively affecting local authorities’ ability to fulfil their mandates, the report reveals.

The report also notes lack of supervision, enforcement of contractual agreements and due diligence by engineers, which it says resulted in variations and disagreements in the costing of projects. This, the report says resulted in delays in the completion of projects as well as the increased pressure on temporary connections, leading to more blockages thus exposing residents to water-borne diseases.

Asbestos cement pipes in most local authorities had outlived their 40 year lifespan leading to numerous sewer blockages and spillages into the environment, the report found.

“At the time of the audit, the pipes were overdue for replacement by between 37 to 80 years resulting in frequent blockages,” the report says.

“Local authorities did not have the capacity to rehabilitate their systems. The few that were rehabilitating were doing so under funding by the African Development Bank, a development that can be detrimental to public health if the donor decided to pull out of the project.

Five of the local authorities are cash-strapped, collecting only 46,4% of the anticipated revenue due to the failure by residents to pay rates, the report notes.

The Auditor-General made several recommendations which include the provision of vehicles and shortening of procurement processes to ensure repairs are carried out within a 24-hour timeframe, ensuring timeous rehabilitation of sewer systems and adherence to routine inspections and maintenance schedules as well as conducting awareness campaigns and promotions that encourage consumers to pay their bills.