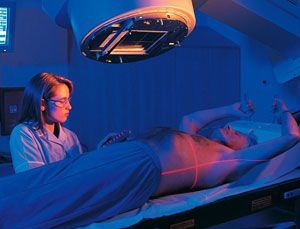 News in depth: BY PHYLLIS MBANJE
ZIMBABWE’s health delivery system, which for years has stood out as a sore thumb, remains in dire straits.

Grim evidence of this failure of the health sector is given on the understanding that chances of survival for anyone that is diagnosed with cancer in Zimbabwe are next to nil.

Deputy director of Non-Communicable diseases (NCDs) in the ministry of Health and Child Care, Justice Mudavanhu, said the cancer mortality to incidence (MIR) was a red flag and a clear indication that something was “very wrong” in the management of the disease.

He said the MIR ratio currently pegged at 0.8 was alarming and, by his own admission, an indication of “something very wrong”.

Medical experts say MIR is calculated by dividing the mortality rate by the incidence rate for the selected cancers and population and is widely used to evaluate the efficacy of cancer management outcomes.

“The 0.8.MIR indicates that most Zimbabweans diagnosed with cancer will die from the disease,” Mudavanhu said.

He added that such statistics made it clearly open that there are many things the country is not doing well, hence the need for immediate action.

“It means there are so many things we are not doing well,” he said. “Maybe people are presenting in the late stages of cancer and also that the health system really needs to improve.”

Cancer cases have been soaring in Zimbabwe with data from the cancer registry showing that in 2018 alone, over 11 000 new cases were recorded with 9 821 mortalities.

Late presentation has always been a problem for the country and coupled with limited screening services, many people only seek help when the disease is in the final stages and difficult to manage.

He blamed late presentation on ignorance and the belief in other remedies.

“Late presentation sometimes is due to ignorance, poor collaboration among health staff or sometimes people go somewhere first before they go to the health centre. We need to increase the awareness and education advocacy for cancer in the communities,” Mudavanhu said.

The state of health facilities was another challenge which made it impossible for those requiring help to get it on time. He said there was urgent need to fix the health delivery care system in order to manage the disease better.

“We need to improve the health system so that we reduce that MIR in the country,” said Mudavanhu, who also bemoaned the massive staff shortages at radiotherapy centres in the country.

There are only two public health institutions, Parirenyatwa in Harare and Mpilo in Bulawayo, offering radiotherapy in Zimbabwe. Experts describe radiation therapy as part of cancer treatment to control or kill malignant cells.

“Radiotherapy and oncology service is designed to reduce cancer mortality and morbidity and improve quality of life for cancer patients. This is achieved through implementing systematic, equitable and evidence-based methods of treatment and palliation using available resources,” he explained.

“We are really understaffed in our radiotherapy centres and are losing staff all the time.”

Speaking at the same event, the deputy minister of health John Mangwiro said NCDs were a real threat to the country and since cancers were part of it, there was great need for more awareness.

He said people could easily avert disaster by seeking help early and getting screened.

“We need to talk about diseases like prostate cancer openly like this. Prostate cancer is the leading cancer among men in Zimbabwe. People must be aware that when it is diagnosed early it can be addressed before it spreads,” Mangwiro added.

Zimbabwe’s health delivery system remains in trouble as senior government officials sit and do nothing about it. Government appears to show interest in private health institutions that are not accessible to the ordinary Zimbabweans and where only the few elite benefit from.

Top government officials are known to seek medical help in foreign lands. The country’s health minister, Vice-President Constantino Chiwenga is among the country’s leaders that have frequently sought health services outside the country.