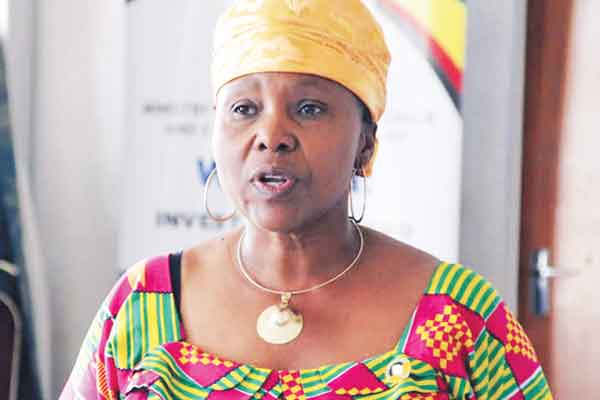 BY NUNURAI JENA
DEFENCE minister Oppah Muchinguri-Kashiri last week said the Robert Mugabe administration had failed the country in the 40 years that it was in power, saying the Emmerson Mnangagwa dispensation had done much better in the three years they have been in power.

Muchinguri-Kashiri, who was giving a vote of thanks after President Emmerson Mnangagwa commissioned a Dairy Production and Milk Value Addition Centre of Excellence at the Chinhoyi University of Technology (CUT) farm last week, said she was recently left tongue-tied when she was asked tough questions on the performance of government in the past 40 years.

She, however, said the country had realised meaningful development in the past three years that Mnangagwa has been in power.

“President, I was being asked what we were doing in the last 40 years because there was no development. The only meaningful development being witnessed only started three years ago…where were you Cde Muchinguri, I was asked,” said Muchinguri-Kashiri.

“I had no answer to that, President, but I later said, maybe God wanted things to be done in the second republic. I am sure that was a good answer I gave.”

Both Muchinguri-Kashiri and Mnangagwa were key members of Mugabe’s government since 1980. The same government was accused of running down the economy, gross human rights violations among other challenges.

Mugabe’s rule started with him as Prime Minister in 1980 and ended in November 2017 after a military coup spearheaded by Mnangagwa working with the military then under the command of Vice-President Constantino Chiwenga, who was the commander defence forces.

Observers said it was folly for the Mnangagwa administration to accuse Mugabe of failure when they were vital cogs in his Cabinet since 1980.

During Mugabe’s rule, Muchinguri-Kashiri was a known bootlicker of the then President. She would stop at nothing to praise the former strongman.

Muchinguri-Kashiri, however, said Mugabe, who is known for building a strong education foundation for the country, had done nothing over the years he was in power.

Despite accusing Mugabe of gross failure, Mnangagwa’s government has also been found wanting with the economy being his biggest failure as inflation, cash shortages and corruption are the order of the day.

On the political front, observers also accuse Mnangagwa of following in Mugabe’s footsteps by closing the democratic space.

Mnangagwa has, however, launched an ambitious road rehabilitation programme in the past two years, but has not been open on the source of funds for the programme.

While commissioning the Milk Value Addition Centre of Excellence, Mnangagwa said universities should churn out graduates who are innovative and employment creators.