Is it time to end death penalty?

Source: Is it time to end death penalty? – NewsDay Zimbabwe 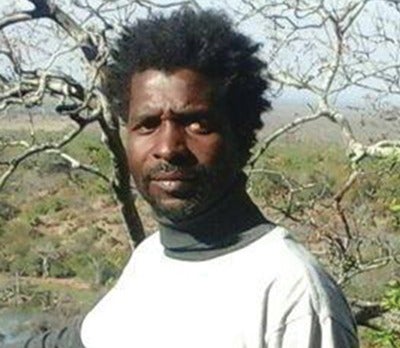 IT is 15 years since Zimbabwe last hanged a convicted criminal.

One would imagine that it was an eerie morning when the convict, notorious armed-robber and rapist Stephen Chidhumo, was led from his cell to the hanging scaffold. The birds may have stopped humming, the prison wardens had sombre faces and a hundred and one things raced through Chidhumo’s mind as he prepared his soul for departure from this world.

Since then, Zimbabwe has been looking for a hangman. It is not clear why hangmen shun to be employed by Zimbabwe Prisons and Correctional Services. Maybe it is a job that suits a sadist, but over time one loses interest considering the loneliness of the job.

I am trying hard to imagine a hangman discussing his job with his son or daughter just like other professionals do.

Zimbabwe in 2013 made an incremental gain to partially abolish the death penalty in the new Constitution.

Section 48(1) says every person has the right to life.

The following sub-section 48(2) reads that there may be a law that may permit death penalty to be imposed on a person convicted of murder committed in aggravating circumstances, but no women shall be subjected to death penalty.

There are other riders given besides gender. People below the age of 20 and those above 70 are exempted from the death penalty. And the death penalty is only to be handed down in cases of aggravated murder.

As the law is framed it is deliberately discriminatory, death penalty is not only for a specific gender, but also a certain age group — those between 20 and 70.

Parliamentarians at this juncture have noted and priotised debating a motion calling for the scrapping of the death penalty from the country’s statutes. MDC MP Dorcas Sibanda moved the motion and in her contribution did not hesitate to call herself an abolitionist. She highlighted that the death penalty by its very nature went beyond causing pain to the convict, but had silent victims too.

She also added that the country should consider alternative sentencing for heinous crimes: “Killing will put an end to the opportunity to reform. We can find better ways of punishment like life imprisonment.

“I remember in Egypt at one time there was an outcry to say that they executed about 5 or 10 people in a day and those who were executed were aged 28 and below. Imagine that people can reform, they have killed a soldier, a lawyer, a teacher or someone who is productive.

“There is need for us as Zimbabwe to take cognisant of that. They can be trained while in prison, they can go to school and continue with education or be rehabilitated until they become better people.”

Paradza was precise in his contribution, but delivered the hammer blows on death penalty. He debated: “The death penalty is old-fashioned and should never be in our statutes. Why do I say that? You all know the story of our President; he was nearly hanged and so on.

The South African Constitutional Court ruled that death penalty was degrading and inhuman, putting an end to centuries of death sentences.

The decision has of late divided opinion, with some people calling for partial implementation of death penalty especially on violent crimes that are on the rise in that country.

The same thinking was exhibited during the debate with some MPs from across the political divide for personal reasons still believing the death penalty should remain on the statutes.

However, evidence from across the globe meticulously produced by the Death Penalty Project shows that contrary to popular beliefs or perceptions – murder cases in countries that abolished the death penalty are on the decline.

Back home, Masvingo province year-on-year has been recording an increase in murder cases yet Zimbabwe still has the death penalty on its laws.

This points to one fact – death penalty is not a deterrent as most would want to believe. This may be the time for Zimbabweans to take the debate further and possibly join other progressive nations that abolished capital punishment.

In any case we have not carried out an execution for 15 years, why not use this as a window to abolish it?