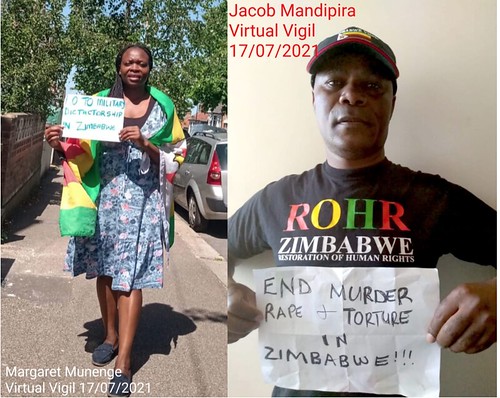 After decades of crony capitalism and misrule by the ANC, South Africa appeared last week to be sliding into anarchy. The poor were plundering what they could and pointing the finger at their leaders, who have stolen much more, says the distinguished South African journalist R W Johnson in an article in the London Times.

More than two hundred people died and many more were injured in a week of looting and destruction in the country’s economic heartland of Gauteng (including Johannesburg and Pretoria) and KwaZulu-Natal (which includes the country’s two biggest ports, Durban and Richards Bay).

Hundreds of shopping malls, supermarkets, warehouses and factories were burnt down, with the police reluctant to intervene. Armed vigilantes are guarding many suburbs. The situation quietened only when the government deployed 25,000 troops.

Johnson says this huge failure can only be blamed on the African National Congress, which has been in power for 27 years. ‘The party is deeply corrupt, its ministers inept and incompetent, and many of its policies are damaging the economy. The party is riven by factionalism with President Ramaphosa’s moderates opposed by the former president Jacob Zuma’s left-wing kleptocrats.

‘The explosion of violence followed the jailing of Zuma for his flagrant contempt of court, after he had refused to co-operate with the inquiry into the looting of the state under his presidency. Nobody seriously doubts that Zuma stole millions, probably billions, of rands and he still faces charges of racketeering, money-laundering and sundry other crimes. But Zuma, still supported by his Zulu followers, threatened to make the country ungovernable if the government dared to jail him.

‘The rioting began as Zuma’s followers, urged on by his children and, doubtless, by Zuma himself, sought to fulfil this threat. Former members of the state security services who played such a key role in his presidency helped plan the sabotage campaign — they are now on the run. Zuma has always had strong connections into criminal networks via his relatives in the taxi industry, and these have clearly been active too.

‘The campaign began with the hijacking and burning of lorries. The police, scared and ineffective, watched but did nothing. Next came the looting and burning of a few shops. Again the police did nothing. Word spread that you could go “shopping without money”, creating huge excitement among the ranks of the millions of poor and unemployed Zulus who inhabit the townships and squatter camps around Durban and Pietermaritzburg. From there word spread quickly into every small town of the province.

‘Most of the looters were unconcerned about Zuma’s fate: they simply realised that opportunity was staring them in the face. They flocked to the shopping malls and began to loot them. Quickly the spree spread to Johannesburg, home to many more Zulus, though many others joined in. Most of the looters were poor, on foot and took away their loot in supermarket trolleys, but some arrived in cars, sometimes very expensive cars. Some even came with vast trailers to haul away freezers, fridges and cookers. Huge queues of cars swamped the freeways, all heading for the malls, and other forms of criminality blossomed — protection rackets, attacks on and thefts from other motorists, anything that offered a quick buck.’

Far from improving the situation of black South Africans, the ANC has made the country the most unequal in the world, with the governing elite far richer than the apartheid government, the unemployed and poor being largely ignored. Youth unemployment is about 70%.

You can read Johnson’s full article on this link: http://www.zimvigil.co.uk/vigil-news/campaign-news/1153-orgy-of-looting-and-corruption-has-destroyed-mandelas-dream. We also draw your attention to Cathy Buckle’s latest article giving a Zimbabwean perspective on the South African crisis (see: https://www.thezimbabwean.co/2021/07/oh-south-africa/).