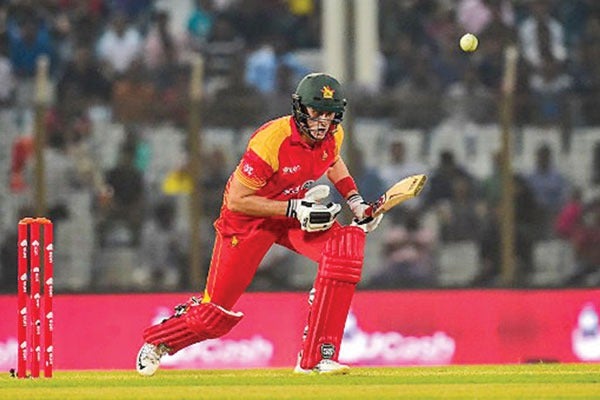 Zimbabwe Cricket (ZC) is likely to appoint one of the younger players, particularly Peter Moor, as national team captain following the retirement of Hamilton Masakadza from international cricket.

Masakadza represented Zimbabwe for the last time in their T-20 match against Afghanistan on Friday, finishing off with a flourishing knock of 71 runs.

And with the veteran walking away from the game, it has opened doors for younger players, with ZC set to consider a number of candidates for the captaincy role.

It looks like the door is firmly shut on senior players Brendan Taylor and Sikandar Raza, following their role in the saga that involved the Sports and Recreation Commission (SRC) between June and July this year.

The SRC sought to get rid of the current ZC board, but they failed to get a buy-in from the International Cricket Council and were forced to reverse their decision.

Taylor and Raza were fighting in the SRC corner and the latter was left out of the squad that toured Bagnladesh for a T-20 tri-series, which also included Afghanistan.

Former captain, Taylor, aged 33, would have been a natural choice had it not been for the friction with the games’ authorities in the country.

With Taylor and Raza ruled out, it opens up a window of opportunity for the likes of Moor, who is 28 years old.

Moor was appointed vice-captain of the team for all three formats earlier this year and is a firm favourite to take over.

He was, however, left out of the squad that toured Bangladesh and if he can’t nail a permanent place in the national team for a formats, his chances diminish.

The departure of Masakadza has also opened up doors for the likes of Chamu Chibhabha, who has been in and out of the national team over the years.

If Chibhabha can win a place among the top order batsmen in the team, considering his experience, he will also be a dark horse for the captaincy role.

Sean Williams might have edged closer to the prestigious role after he was named captain for the side that toured Singapore for another T-20 tri-series, but at 32, ZC might opt for a younger skipper that will be around for longer.

There are other candidates that include Richmond Mtumbami and Tino Mutombodzi, but both have often found themselves out of the national team.

Seam bowler Kyle Jarvis (30) is another candidate worth having a look at as he commands a place in the team in all three formats.

ZC still have a considerable amount of time to appoint the next captain considering that after Singapore, Zimbabwe’s next tour will be to India in January, where they will play three T-20 matches against the hosts.

An A-side tour to South Africa before that is also part of ZC’s plans and that could give an idea of what route the administrators are looking at taking.