‘Ncube’s budget is a waste of time’ 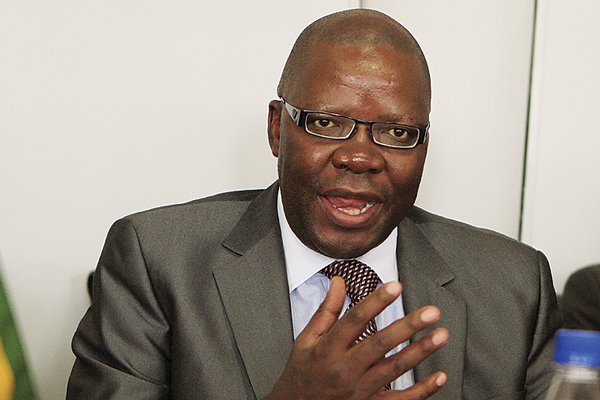 IT is a great pleasure to debate the 2019 national budget.  This budget, Honourable Speaker Sir, could not have come at a time of greater fragility and greater vulnerability of our country.

The economic situation is dire, difficult and is arrested by a number of multiple imbalances.

These include the fact that for many years our economy has been stuck in a recession characterised by low output. Since 2012, our economy has basically been on a downward spiral recording gross domestic product (GDP) declines.

That we have a budget deficit that is in excess of 15% of GDP is not acceptable but that is the order of the day.

We also have a challenge, until recently, of weak and none aggregate demand unlike the crisis of 2007/8 where we had a crisis of under accumulation with all of us being billionaires and trillionaires but with hardly anything available to buy in shops.

The current crisis has been characterised by shops that have actually been full of goods but people and persons that have not had the capacity to purchase goods and commodities.

The 2019 budget had to be a remedial budget, one that dealt with the challenges of currency distortions, fiscal indiscipline, crippling domestic debt and crippling sovereign debt.

With great respect to the minister, I submit that the budget did not provide a remedy, an answer and a solution to these structural challenges that are affecting our country.

The first challenge in the 2019 budget, Hon. Speaker Sir, is one which a few colleagues, in particular the chairperson of the finance and budget committee has identified.

This is the challenge relating to the budget’s failure to identify the exchange rate in which it is predicated upon.

This is the failure of the budget to identify the currency in which it is expressed. To maintain the fiction of a US$1:1 bond makes this budget fail even before it has started.

The growing exchange rate in the past two months has been a rate of 1:3,50 or 3,50. In other words, to purchase US$100 you require $350 of the local currency, whether it is bond notes or RTGS. So, we cannot run away from that reality.

We have got a contested terrain of the GDP. We have got the Transitional Stabilisation Plan speaking to a rebased GDP of $25 billion.

What is this $25 billion? Is it US dollars? Surely, we are not a US$25 billion economy. If that is the case, you then have to discount the rebased GDP of $25 billion by the going rate of 3,50 or the Old Mutual implied rate, which would mean in real terms that our GDP is around US$8 billion.

I want to draw Mr Speaker’s attention to something that happened this week. This week, two rating agencies S&P and Moody’s removed Zimbabwe from the indices of countries where data is collected and collated for the simple and good reasons that our data is unreliable because we keep on maintaining this fiction of one bond to one US dollar.

Courage is required — the minister needs to be courageous to recognise that one bond note can never be equal to one US dollar — not even the Euro is equal to the bond note. Unless this is addressed, everything we are doing is a joke.

The second thing I want to deal with Hon. Speaker, the minister must go beyond recognising that one bond note is equal to one US dollar.

He must also have the courage of doing that which he actually wanted to do initially, that of de-monetising the bond note. The bond note Hon. Speaker Sir is terrible economics.

You cannot introduce a quasi-fiscal instrument in a dollarised environment. The net result is in fact what happened. Bad money always displaces good money and this is exactly what happened.

So, the minister and the government must have the courage of de-monetising the bond note.

Thirdly Hon. Speaker Sir, the minister must have the courage of liberalising the exchange rate and I would like to submit that if the Zimbabwean currency, whether the RTGs is allowed to settle and if the exchange rate is allowed to be liberal, it will settle at a rate that is much lower than the going rate of the 3,50 bond notes and in my opinion it will be around 0,90 because we do have some exports. We do have an economy to sustain a rate of around 0,90 to 1,00.

So, I would submit to the Minister that you need to liberalise the exchange rate.

This is an abridged version of former Finance minister Tendai Biti’s reaction to the 2019 budget presented by Finance minister Mthuli Ncube. Biti was contributing to debate in the National Assembly last week