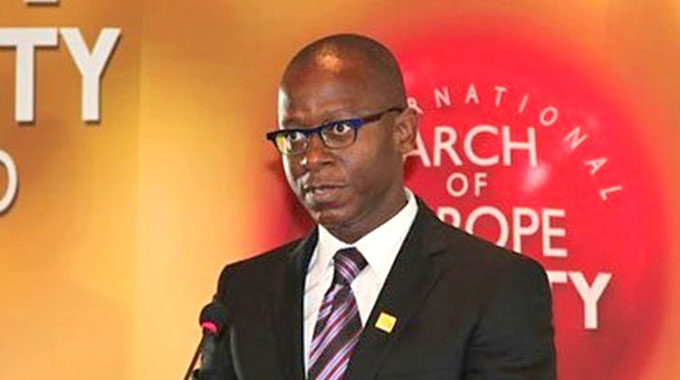 Mr Muchenje was suspended from the State-owned mobile operator early this week for alleged “gross misconduct” relating to how he handled expired contracts for nine senior managers.

He was suspended on Tuesday without pay and benefits pending an investigation.

Intarget Mobile Advertising chief executive officer Mr Norman Parking, is said to have written an email on Tuesday informing the NetOne board of the said criminal investigations.

The email seen by this publication reads: “I became aware of the case between yourself and Lazarus Muchenje in the media. I wish to send this email to notify you of criminal investigations against Lazarus Muchenje in both South Africa and DRC, for defrauding the board and shareholders of his previous employer, Intarget Mobile Advertising. I wish to collaborate with yourselves to bring Mr Muchenje to task. Please make contact with me should you wish to explore this collaboration.”

NetOne board chairman Mr Peter Chingoka, could neither confirm nor deny that they received word from Intarget CEO, saying the matter was under judicial consideration hence he cannot comment on it.

Said Mr Chingoka: “It’s too early for me to comment. The matter is under sub-judice.”

He, however, said the board was not aware of any outstanding matters before they employed him in April.

When contacted for comment, Mr Muchenje said he was no aware of the investigations and was hearing about them for the first time.

However, officials from his legal team said they have no comment.

Speaking on the suspension of Mr Muchenje, Minister of Information Communication Technology (ICT) and Cyber Security Mr Supa Mandiwanzira, said he is yet to receive full report from the board. He, however, said the board was empowered to take any action that they consider appropriate.

Minister Mandiwanzira expressed doubt that Mr Muchenje’s suspension will affect the mobile operator’s performance considering that he was employed in April this year.

“I know from the statement that the board issued that nothing will change. That’s what they (the board) have assured the nation that things will continue as normal,” he said.

The directors whose contracts Mr Muchenje had refused to renew, which were then extended by the board, are Brian Mutandiro, Sibusisiwe Ndlovu, Clever Isaya, Nancy Murove, Innocent Mukanditsama, Jennifer Muketiwa, Raphael Mushanawani, Cleopas Kadzimu and Solomon Manda.

They are all cited as respondents in the High Court case.