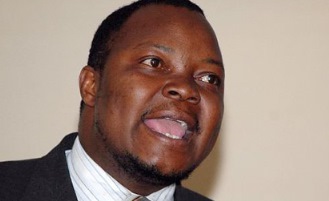 HARARE – The National Assembly is hardly the place you would picture participants being dressed down for not dressing appropriately, but opposition legislators Job Sikhala and Trevor Saruwaka have had their bad days for getting on the wrong side of parliamentary fashion police.

“His shirt is too small,” Nduna complained, stirring uproarious laughter in the National Assembly.

“He cannot stand here and parade his bosom. I ask Mr Speaker, that before he addresses you, he takes care of the decorum of Parliament. He cannot come here and speak about the shortage of commodities with a big belly outside his shirt.”

Nduna cited Sections 68 and 69 which detail the decorum of the august House, attracting fierce remonstrations from the garrulous Sikhala.

Sikhala’s presentation on the more pressing issue of fuel shortages was lost in the dress-code spectacle as Nduna insisted that it is out of order to speak of national problems without a jacket and a tie.

“It is with a heavy heart that I stand here and speak to and about honourable Sikhala who is dressed in half the shirt,” Nduna lamented further.

If you think Nduna was being routinely agonistic or tangled up in the minor, consider the case of a  former MDC parliamentarian who had to fight Parliament to be allowed to wear a jacket emblazoned in national colours.

Saruwaka dragged Speaker of National Assembly Jacob Mudenda to court after being ejected from Parliament, with the help of the police, for wearing a “flag jacket.”
He chose to play the religion card over the political card when the case was taken to the High Court.  His ejection from Parliament coincided with the state clampdown on the Evan Mawarire-led #thisflag movement.

“It is respectfully submitted that, applicant (Saruwaka) being of the Rastafari religion, has a right to freedom of conscience and religion in terms of Section 60 of the Constitution, which right includes the right to propagate his religious beliefs whether in private or in public within the confines of the law,” his lawyers argued.

The spectacle took place after Mudenda ruled in June of that year that the national flag would not be allowed in the House, in reaction to the then electric flag movement.

In 2018, however, the appropriation of the flag for political imaging took a whole new turn as President Emmerson Mnangagwa’s flag-coloured scarf became the post-Mugabe government’s international PR toolkit.