‘Only removal of Zanu PF from power will solve Gukurahundi issue’ 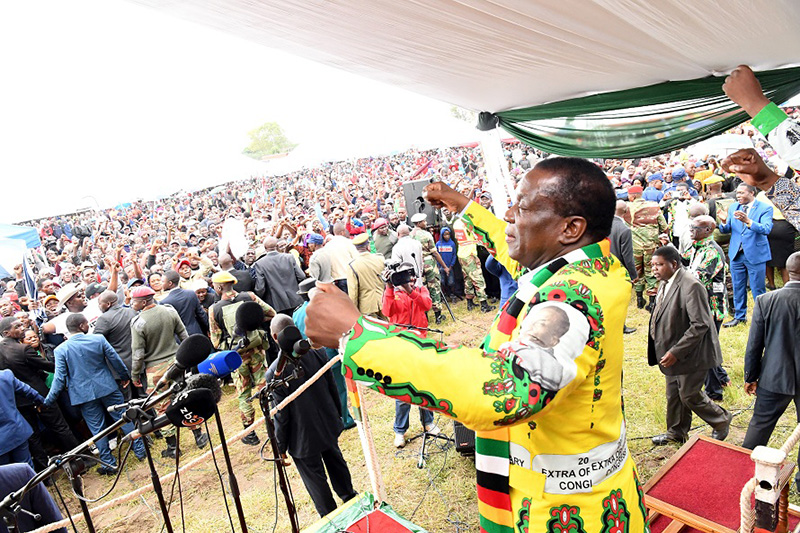 MATABELELAND-BASED human rights activists say the Gukurahundi atrocities can only be fully addressed once the alleged perpetrators are out of power.

The activists made the remarks on Sunday during a virtual debate on the atrocities organised by the Nkayi Community Parliament.

Ibhetshu LikaZulu secretary-general Mbuso Fuzwayo said it was impossible for the Gukurahundi genocide to be addressed as long as Zanu PF is in power.

“It is impossible to resolve the genocide issue when the perpetrator holds State power. So with Gukurahundi, for the full satisfaction of the victims, the perpetrators should be removed from power. As long as the perpetrator is in power it will be impossible because as of now he is the one who says he will give them (victims) money as compensation,” Fuzwayo said.

“What I see now is that this process is not done for the benefit of the victim, but for the perpetrator. The only way to resolve this issue is for an independent commission. (Currently, it is led by) conflicted people. (So) as long as the process is led by collaborators of the killers, it will not work.”

“There should be an impartial Judiciary, non-partisan police and army. People should fight for their rights to win and for the process to win,” he said.

Mafa Sibanda said he was dismayed by the docility of the citizens, particularly the youth, whom he said thought politics was for the elderly.

Journalist, researcher and film producer Zenzele Ndebele said lessons from other countries which experienced similar horrors indicated that they could not be addressed  fully as long as the perpetrators were in power.

“If we look at how other countries like Rwanda, Cambodia and all the areas where there has been genocide, the issue has never been dealt with while perpetrators are still in power. This is why we keep on talking about the need for transition, then we can have transitional justice. So, for Zimbabwe, it is very complicated,” he said.

“As long as the perpetrators are still in power, these people who were involved in Gukurahundi are in power today and they will never take themselves to court, they will never jail themselves and let us not forget that in 1987, the government of Zimbabwe actually pardoned the people who were involved in the Fifth Brigade. So we cannot now expect that these should be arrested.”

Ndebele said measures to address the emotive issue should be initiated at community level.

Over 20 000 people were killed during the period in the Matabeleland and Midlands regions between 1983 and 1987.