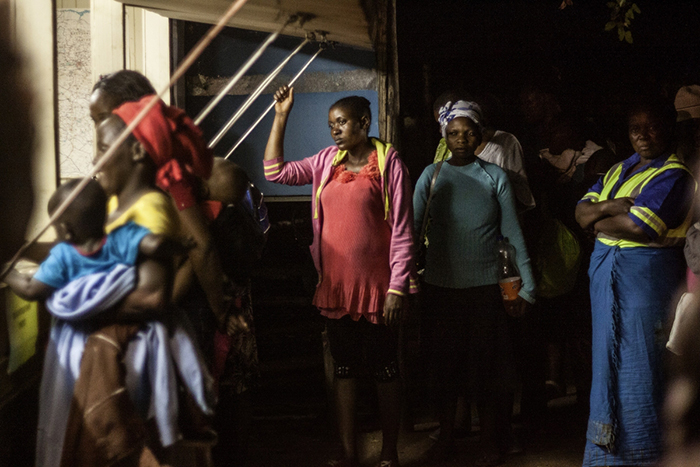 BY SILAS NKALA
GOVERNMENT efforts to curb incidents of human trafficking, an influx of irregular migrants, asylum seekers, refugees and child migrants are being frustrated by subtle, sophisticated and organised networks operating within and outside the country, a top government official has said.

But Home Affairs permanent secretary Aaron Nhepera, in a speech read on his behalf at a workshop on irregular migration and human trafficking in Bulawayo yesterday, said government had stepped up efforts to end the vice.

“Some of these migrants become stranded in Zimbabwe and require government support. The COVID-19 pandemic, conflicts and climate change further exposed the vulnerable to exploitation including human trafficking,” Nhepera said.

Zimbabwe enacted the Trafficking in Persons (TIP) Act in 2014, which criminalises the involuntary transport of persons and the voluntary transportation for an unlawful purpose, into, outside or within Zimbabwe. “Ever since acceding to the United Nations Protocol and subsequently enacting the TIP Act, the government has stepped up efforts to combat human trafficking,” Nhepera said.

He said other measures included constituting the anti-trafficking inter-ministerial committee to spearhead government’s response, drafting of a national plan of action to operationalise the TIP Act and launching of the national referral mechanism for vulnerable migrants including victims of trafficking.

International Organisation for Migration (IOM) Zimbabwe chief of mission Mario Lito Malanca said there was a need to address and reduce vulnerabilities in migration through enhancing consular protection among other measures.

“In order to meet these commitments, States must be adequately equipped with knowledge and skills to identify and assist migrants in situations of vulnerability,” Malanca said.

The IOM workshop seeks to provide technical support to protect vulnerable migrants, and to manage migration in a humane and orderly manner, with a specific focus on upholding their rights.

Participants at the workshop were drawn from the Home Affairs and Health ministries, police, Registrar-General’s Office, Zimbabwe Prisons and Correctional Services and other government agencies.