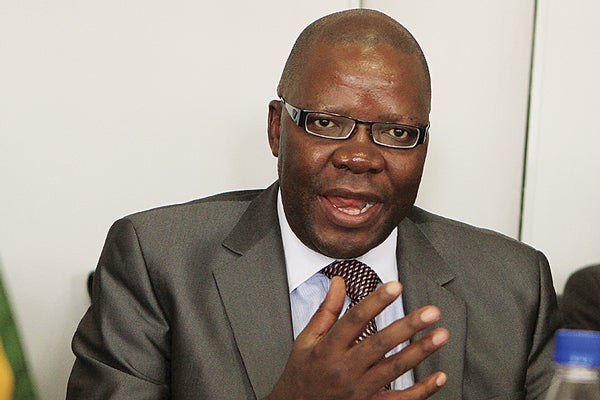 MDC vice-president Tendai Biti has warned that President Emmerson Mnangagwa will eventually face street protests if he does not initiate dialogue with the opposition party.

Biti told MDC supporters in London after launching his book at an event at Chatham House last week that dialogue between Mnangagwa and the MDC was unavoidable for Zimbabwe to stop the economic crisis.

He said the MDC resolved at its recent congress that street protests were an alternative if Mnangagwa continued to snub their overtures for dialogue. Biti said
the offer for dialogue would not be on the table forever.

“We need to drag Zanu PF screaming and screeching on to the negotiating table because it is the only thing that will create a soft landing for Zimbabwe,” he said.

“Zimbabweans have a right to demonstrate, petition and confront peacefully and constitutionally. Our congress resolutions were quite clear about this.”

The government has over the past few months issued stern warnings that it would deal ruthlessly with protests.

In January, human rights groups said at least 17 people were killed by soldiers and several women were raped following violent protests that rocked the country.

Mnangagwa boasted that he had deployed the military to carry out the crackdown and vowed to do it again if protests turned violent in future.
Biti said the MDC did not want to see any bloodshed because Zimbabweans had suffered for too long.

“We are giving Mnangagwa time, we are giving him a warning, a notice (that) please let us talk because there will come a time when we will no longer be talking. We will be confronting (you) on the streets,” he said.

“Emmerson Mnangagwa has failed. About 79% of the population is living below the poverty datum line,” he said.

“There is no electricity, water, there are no drugs in hospitals and you cannot get money from the bank.”

Mnangagwa last Friday said Zimbabwe would introduce its own currency before the end of the year.

In February, the Reserve Bank of Zimbabwe removed an unrealistic peg for its electronic dollars and surrogate bond notes and merged them into a transitional currency called the Real Time Gross Settlement (RTGS) dollar.

The unit, which started trading at 2,5 to the dollar on the official interbank market when it was introduced on February 22, was pegged at 5,9 on Friday, bringing its devaluation to 57,6% to date.

The currency has devalued by 49,4% on the black market during the same time.

Prices of basic goods from sugar to maize-meal have spiked in the last month as the RTGS dollar has lost value.

Mnangagwa said price hikes were unjustified.
Finance minister Mthuli Ncube said in January that Zimbabwe, in the grip of a severe dollar crunch that has caused shortages of fuel and medicines, would have a new currency in the next 12 months.

Biti said the only way Zimbabwe could address the currency crisis was through re-dollarisation. The book launch was attended by co-author former Nigerian president Olusegun Obasanjo and Greg Mills, the director of the Brenthurst Foundation.

The book is titled Democracy Works: Re-Wiring Politics to Africa’s Advantage and it “reflects on political systems in Africa and considers how democracy can best be harnessed to address key challenges on the continent”.