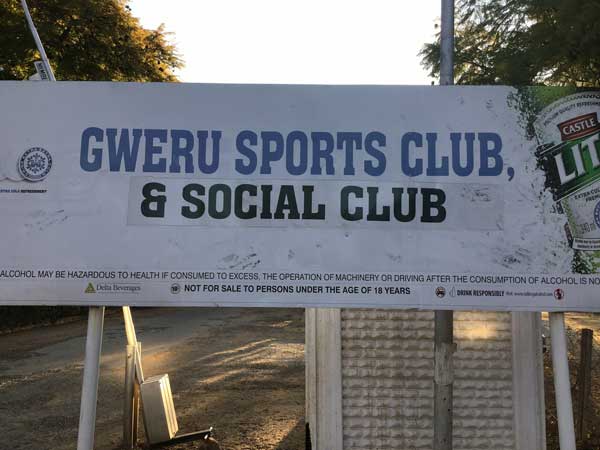 BY STEPHEN CHADENGA
GWERU residents plan to petition their local authority over its proposal to relocate Gweru Sports Club to another part of the city, Southern Eye has learnt.

The Gweru City Council has intensified plans to move the sports club and other recreational facilities to other parts of the Midlands city as part of a project to expand the Gweru central business district (CBD).

In the draft petition to the local authority, the residents said: “The iconic and historical Gweru Sports Club is under threat once again with the Gweru City Council wanting to destroy the facility to pave way for what they say is the expansion of the CBD.”

The petition which had by yesterday gathered over 300 signatures further reads: “We argue that the Gweru Sports Club is part of the Gweru CBD hence it should remain there as it is part of the city, and its history for the past 104 years. We feel as a community that there are corrupt elements within Gweru City Council and other influential people in government who want to take the Gweru Sports Club area for their personal benefits on land reserved for sports, arts and
recreation.”

The residents added that without the sporting facility, the Midlands capital would have lost its only historic sports club.

“Council plans to move the 104-year-old Gweru Sports Club to a new site to pave way for the expansion of the CBD. Provincial Affairs and Devolution minister Mavhima has already approved the move,” read part of the ordinary council meeting minutes.

The proposed disposal of the sports facility has drawn widespread condemnation from the Sports and Recreational Commission, among other stakeholders.